Pearce: Bible study ‘made a better person out of me’

A past member of Columbiana First Baptist Church for more than 40 years, Judy Pearce was a choir member and taught Sunday School. She now attends First Baptist in Pelham, where for two years she has taught one of three Agape classes, alongside two other teachers. 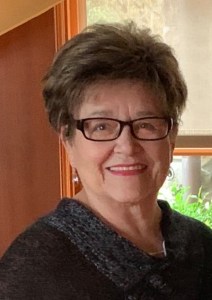 Since 1975, CBS has been developing Bible study materials and holding Bible studies in communities all over the United States. It features Bible studies for all ages and stages of life, from classes for toddlers and teens to classes for adults who are single and married. Though there may exist some form of worship and prayer, the purpose of Bible study is to collectively grasp an understanding of God through his Word. These groups become small communities often sharing this personal journey to discovering the meaning of the passage.

“The Community Bible Study is the most life-changing experience I have had,” Pierce said.

She became Core Leader for the class and served for two and a half years.

“I was challenged as a Core Leader. I had to prepare by committing time to studying. The preparation process was in depth. It made a better person out of me,” she said.

“I was on fire for anything having to do with the medical profession,” she said.

Her career included 25 years at Shelby Medical, where she held numerous positions and advanced vocationally. She was employed at Shelby Cancer Center for eight years.

“My favorite part of the positions was patient contact. I saw the patient first. I would comfort, cry and pray with my patients that learned they had cancer,” Pearce said.

Now 78 years old, Pearce was born in Weogufka, in Coosa County, and is the middle of three children. She was married to Larry, her spouse of 48 years prior to his passing in 2018.

People are getting on the road again

By DAISY WASHINGTON / Community Columnist Although it didn’t feel much like it, March 21 marked the official start of... read more