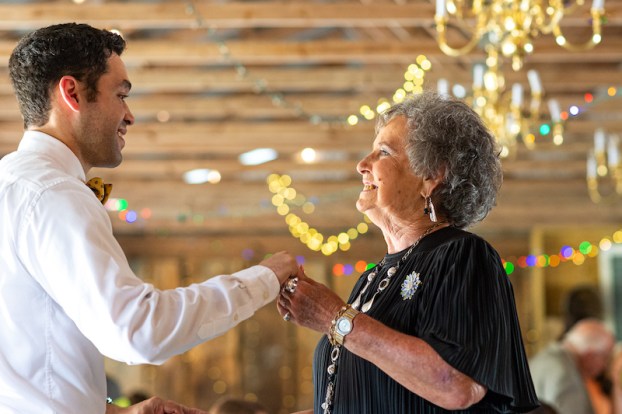 A senior dance held at Helena Hollow was just one of the ways that seniors are able to return to normal events and socialization. (For the Reporter/Jeremy Raines)

COLUMN: A dance to remember

As older people start to retire and enter their golden years, it becomes more important than ever to find outlets to keep themselves busy and social.

Unfortunately, over the last year many seniors were forced to stay inside, which led to an uptick in feelings of isolation and loneliness.

In a recent poll from the University of Michigan, it was reported that 56 percent of people over the age of 50 either sometimes or often feel isolated from others.

This is astounding considering the same poll found in 2018 only 26 percent of people in this age group reported those feelings.

In a typical year, many seniors will attend social gatherings through friends and family, church, city programs or nursing home events. This was not possible over the last year due to this age group being the population more susceptible to complications from the pandemic.

Many groups have been trying to turn these numbers around as gatherings once again become an option for seniors.

Senior care organization ExpectCare recently put on a senior prom at Helena Hollow with this goal in mind.

A lively group gathered at the farm and were given the opportunity to dance to their heart’s desire and spend time socializing with their friends over a meal.

Though this is just a step in the right direction, it obviously had a huge impact on those who were present at the event.

Patricia Bradberry currently lives at Shelby Ridge, a nursing home. She recounted how over the past year she had not been able to get out and do anything, and how this dance washed away all of those feelings of loneliness.

“It just made me feel so good,” Bradberry said. “The whole thing was so wonderful and set up so nice. There was so much good food and a lot of people that were very friendly and made me feel very special. It was a wonderful time.”

Bradberry was also given the distinguished honor of being voted prom queen by the other attendees, which she said added an extra layer of special meaning.

This is just one example of catering to seniors after they endured so much over the past year.

It is easy to forget about the struggles of others when they are out of sight and out of mind, but it is important to remember those who came before us.

Take time to visit your older relatives, or even just give them a call to let them know you are thinking of them. It may mean more than you could know.

FROM STAFF REPORTS / Editorial  With a man in the middle of a local highway appearing to be in some... read more