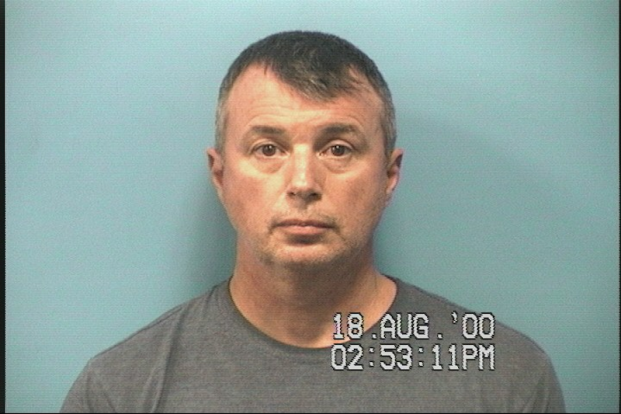 A Helena man was arrested on Wednesday, June 16 by detectives from the Helena Police Department after evidence indicated a covert camera had been placed in the bathroom of a neighbor. (Contributed)

HELENA – A Helena man was arrested on Wednesday, June 16 by detectives from the Helena Police Department after evidence indicated a covert camera had been placed in the bathroom of a neighbor.

David Scott Gardiner, 49, was taken into custody after the Helena Detective Bureau obtained and executed a warrant on the charge of Aggravated Criminal Surveillance, according to a press release from HPD.

Gardiner’s neighbor noticed a micro camera on the window of their bathroom before entering the shower. The victim removed the camera and held it as evidence for HPD.

The police department conducted a three-month investigation with assistance from Lt. Daniel Goodwin of the Alabaster Police Department. The investigation showed that Gardiner acted alone, and that there was no evidence to support him knowing the victim.

Upon arrest, Gardiner was placed in the Shelby County Jail on a $10,000 bond and was later released on bond.

“Everyone should feel safe in their own home,” HPD Chief Brad Flynn said. “This type of crime makes everyone question their privacy and security in the one place they should not have to. I am very proud of the Helena detectives and appreciative of the assistance of Alabaster PD in their work on bringing this case to a successful conclusion. I hope the victim is reassured the person responsible for this crime is going to answer for his actions.”

FROM STAFF REPORTS In response to the storms that devastated Shelby and Calhoun counties on March 15, the Community Food... read more