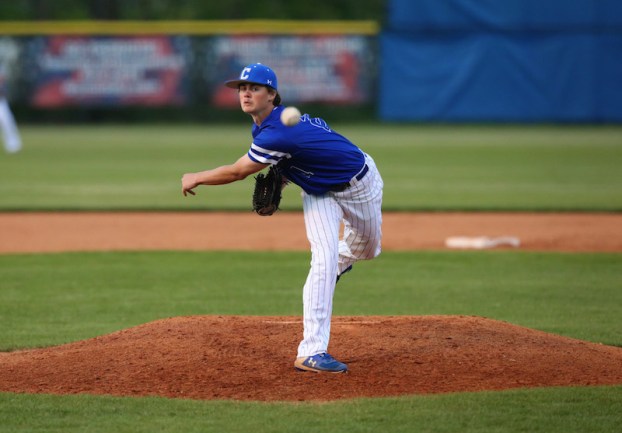 Chelsea's Connor Ball was named to the Class 6A All-State first team, while 13 other players also made the All-State team in their respective classification. (For the Reporter/Cari Dean)

A year that featured seven teams from the county in the postseason, three in at least the second round, two in the quarterfinals and one in the semifinals, the county put on display some of the best talent in the state.

And now, 14 of them have been honored by earning a spot on this year’s All-State team, which features players from eight different teams.

Two teams from the 7A classification made up three of those 14 names with the Oak Mountain Eagles responsible for two and Thompson Warriors one.

The Eagles were highlighted by Davis Gillespie, who earned a spot on the first team, while Maddox Macrory was named an honorable mention player.

Gillespie had a lot of pop in his bat this season, posting 14 doubles, five triples and four home runs to finish in the top three of each category in Shelby County. He also had a batting average of .346 and drove in county-high 40 runs after finishing second in the county with 44 hits.

Macrory added 38 hits for Oak Mountain and held a batting average of .376 with 30 RBIs.

Thompson’s Logan Braunschweig joined Macrory as one of six honorable mention players in Class 7A. As the top hitter for the Warriors, he held an average of .391 at the plate and finished third in the county with 43 hits.

No team, however, had more representation on this year’s All-State team than Helena.

The Huskies had five players make this year’s Class 6A All-State team, including two on the first team and three on the second team. 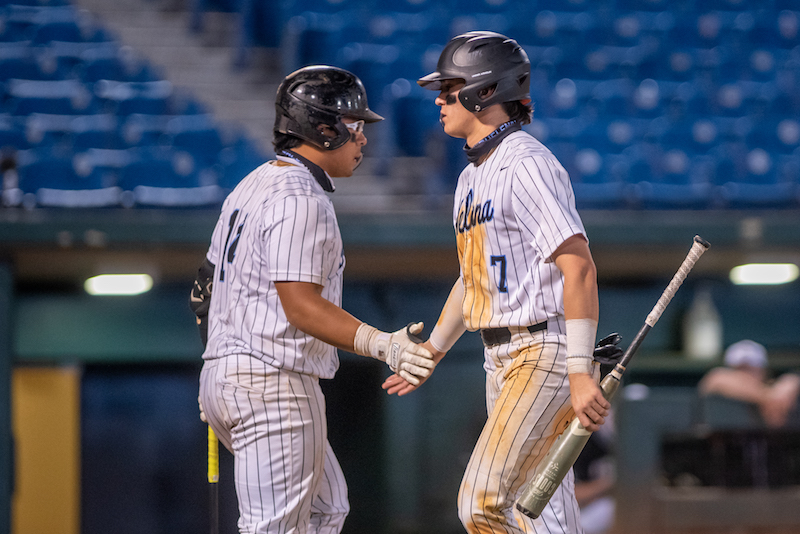 Brody Moss and Ryan Storey were the two who made the first team after special seasons.

Moss finished with a team-leading average of .400 this season and knocked in 30 runs. He also scored a county-high 44 runs and finished fourth in the county with 42 hits.

Storey batted .351 for the Huskies and finished second on the team in RBIs and runs scored with 27 and 26, respectively. He had six doubles and two home runs as part of 34 hits this season.

Peters finished the season with a perfect 8-0 record for the Huskies with an ERA of 1.37 and 62 strikeouts on the mound.

Santos batted .391 at the plate for the second best average on the classifications second-ranked team and was the top catcher in the county, while Minor batted .371 with 19 RBIs this season.

Those players were joined by one from Chelsea and one from Calera on the Class 6A team as well.

Chelsea’s Connor Ball was named to the first team after another jaw-dropping season on the mound. Ball was named this year’s Pitcher of the Year in Shelby County largely thanks to his 128 strikeouts, which were easily the best in the county.

He also posted an ERA of 1.90 and went 6-4 against one of the most difficult schedules in the state.

Calera’s Carter Sheehan represented the Eagles on the Class 6A second team following a special season.

The Shelby County Wildcats joined both Helena and Oak Mountain with multiple athletes to be honored.

JT Pennington, this year’s Hitter of the Year in Shelby County, earned a spot on the Class 5A first team after leading the county with an average of .465 and finishing second with 38 RBIs. He also finished tied for the most home runs at four and finished second with 16 doubles. 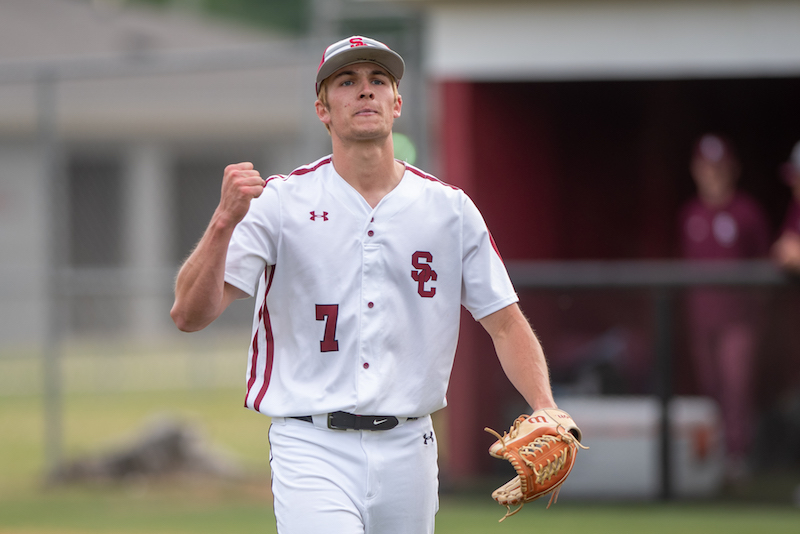 He was joined by teammate JP Fox, who made the second team as a pitcher. Fox finished the season with a record of 8-4 and had the second lowest ERA in the county at 1.18. He also totaled 90 strikeouts to finish second in the county and tied for the most shutouts in the county with three. At the plate, he held an average of .402 with 27 RBIs and a county-high 17 doubles.

The Montevallo Bulldogs and Vincent Yellow Jackets also had one athlete each make this year’s All-State team.

Cody Posey earned a spot on the Class 4A second team for the Bulldogs after batting .370 with 27 hits and 31 RBIs.

Vincent’s Eyan Davis earned an honorable mention position on the Class 2A All-State team after a remarkable season at the plate. He batted .440 with 31 RBIS, held the county’s highest on-base percentage at .579 and finished second in the county with 22 stolen bases.

By ALEC ETHEREDGE | Managing Editor It was a spectacular season on the softball field for local teams and postseason... read more