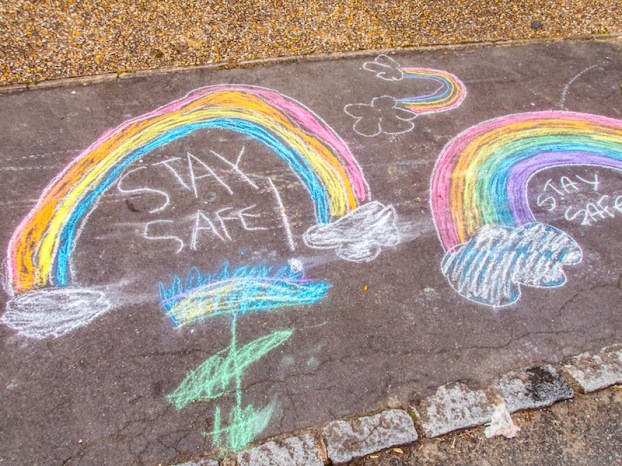 The Treats Truck is holding a sidewalk chalk contest for kids that could win them free ice cream. (File)

HELENA – Treats Truck owner Kathy Sciarrotta is sponsoring a contest that will allow children to express themselves through sidewalk chalk and potentially win some free ice cream.

Sciarrotta said that the truck has been doing this in some form over the past three years as a way to engage with the local community and encourage creativity among children.

“When we did this the first year it didn’t really catch on, but with COVID last year it really kicked into high gear,” Sciarrotta said. “We did it for two and a half months during the summer break and we had a lot of interest. Sidewalk chalk is great because you can really do it anywhere and leave it for days and it eventually washes away, so there’s not a lot of mess.”

She said that the participation last year saw a lot of middle and high school students get really creative with their artworks.

“Some of the older kids were getting in on the action and making things like giant ice cream cones, balloons and rocket ships and taking photos with them,” Sciarrotta said. “There were a bunch of really fun and different pictures and messages like ‘we care about you,’ ‘we love you’ and other things like hop scotch on the sidewalk. People would get a chance to see them while they were out on their evening walks.”

Even though this is a contest, she said that it actually functioned as a community-building exercise to engage with children in the community.

“That is really what our truck is all about,” Sciarrotta said. “It is about having the community get out and getting to know each other through good old-fashioned clean fun, which we don’t get a lot of these days. Some of the kids really loved it last year and stayed in touch with me.”

To participate in the contest all the kids have to do is take a photo of their best sidewalk chalk art, attach their name and send it in to the Treats Truck Facebook page.

Sciarrotta said that artwork could be anything whether it is a message important to the artist, something fun, playful, colorful or anything else

The contest is open through June 15 at which time Sciarrotta will do a drawing for the winner who will receive a gift card for free ice cream.

Sciarrotta also said that they would sponsor a scavenger hunt later on in the year. More information and updates can be found on their Facebook page.

By NATHAN HOWELL | Staff Writer PELHAM – Several students from Pelham High School have been participating in Academy of... read more