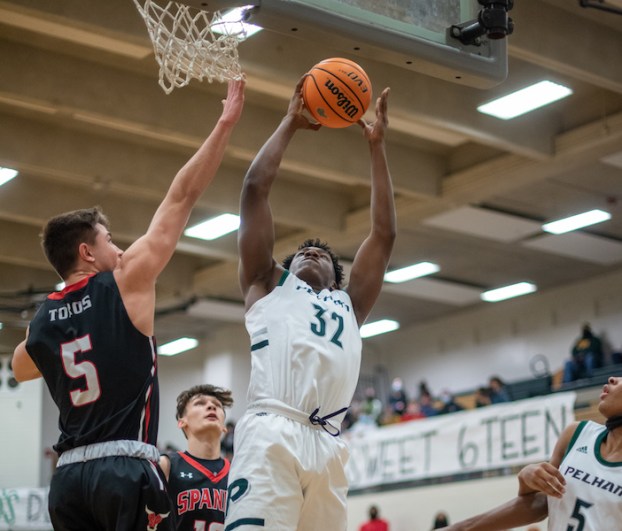 Kendan Maddox led the county in rebounding during his senior season at Pelham and was the closest player to averaging a double-double. He will now play basketball collegiately after signing to Albany State University. (File)

PELHAM – Heading into his senior season with the Pelham Panthers, Kendan Maddox put a lot of weight on his own shoulders to help be a leader in the locker room for a team going into year one under new head coach Greg Dickinson.

After playing a part in a run to the Sweet 16 the year before thanks to some postseason magic, Maddox was at the forefront of helping the Panthers make another special run during the 2020-2021 season.

This time around, he helped lead the Panthers back to the postseason after finishing the area tournament as runner-ups.

With a 56-50 upset against Wetumpka in the opening round of the postseason, the Panthers made it back to the Sweet 16 for the second year in a row to take on Spanish Fort.

The Panthers competed hard in the game, overcoming a 20-plus point deficit in the first half by pulling within five points late, before eventually losing 76-59 after the Toros knocked down late free throws and went on to compete for the 6A state championship two weeks later.

In that moment, Maddox’s emotion overcame him as he joined in a teary hug with teammates, showing just how much he poured into his senior season with the Panthers.

Despite the ending, colleges took notice of the effort he gave each game and his play on the floor, which led to him getting an opportunity at the next level. 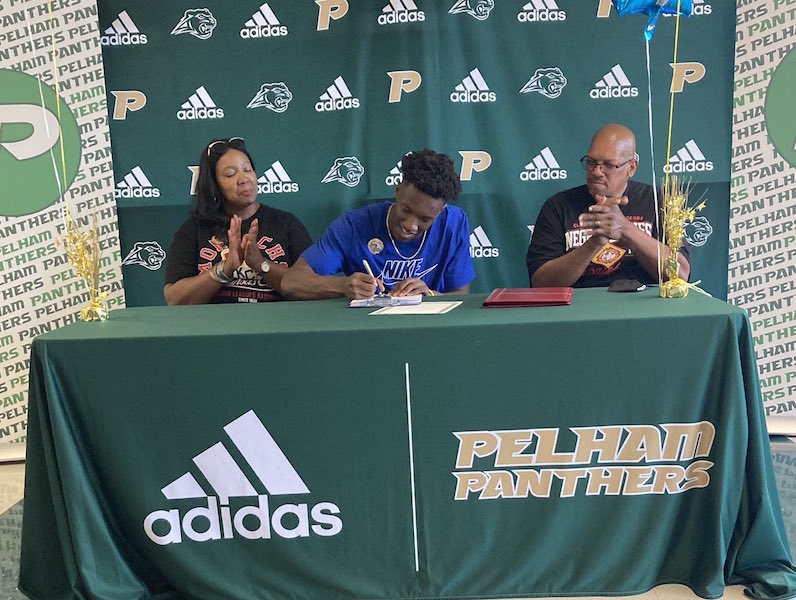 Maddox signed his letter of intent to play basketball at Albany State University on Saturday, May 15 in front of family, friends, teammates and coaches. (Contributed)

And on Saturday, May 15, Maddox made his step to the next level official after signing with Albany State University to play basketball collegiately.

While several teams made a push for Maddox after the 2021 season, Albany State was the first school to offer him on May 10, 2020, and that held weight as he made his official decision to sign with a school.

Maddox finished his senior season as one of Shelby County’s best players as an All-County Second Team center. He was the closest to averaging a double-double in the county after scoring 13.1 points per game and grabbing 9.6 rebounds per game.

His 9.6 boards were a county high this season. In addition to those two stats, he also added 56 blocks and 35 steals as one of the top defenders.

Standing at 6-foot-8, he’ll now look to take all of his tools and combine them at the next level, hoping to help the Golden Rams.

Three-time state champion Kya Gardner to compete at next level