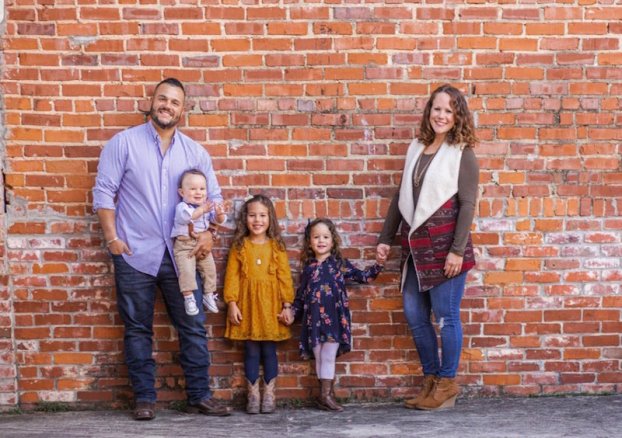 Frankie Perez and his family are moving back to Alabaster after he was named the next head coach of the Thompson Warriors on Tuesday night. (Contributed)

ALABASTER – Pat Hamrick spent 26 years leading the Thompson High School baseball team, but after his retirement this year, Alabaster City Schools turned their attention to finding the next fit at the school.

They found the perfect fit in a former assistant with the Warriors and a former head coach in the county when they named Frankie Perez the team’s next coach at a board of education meeting on Tuesday, May 18.

“He understands what it takes to win a state championship. He’s got the energy that will get the most out of the players. When we were going through this process, we had a lot of standout candidates, but I couldn’t think of anybody better to lead this program than Frankie Perez,” said Alabaster City Schools Superintendent Dr. Wayne Vickers. 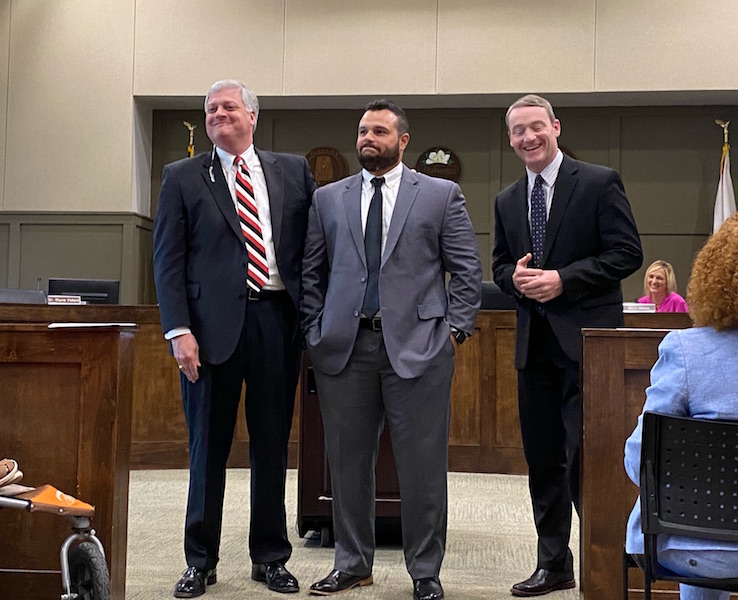 Perez not only coached as an assistant at Thompson several years ago, but graduated from the University of Montevallo, coached for one season at Montevallo High School as the head coach and then went to Hazel Green for the past four seasons, winning a state championship in 2018.

“Dr. Vickers and (Principal Dr. Wesley Hester), I was telling them that leaving this place five years ago was really tough,” Perez said with emotion overcoming him. “My friends know that. Because I truly love this place. But I knew if I wanted to have a chance to lead it, I needed to grow as a person, grow as a coach and gain experience leading a program.”

Now, he’s back to what he calls home, and he’s got the job he’s always dreamed of.

Born in Venezuela, Perez got his first big break in baseball after attending Odessa College for baseball before transferring to Montevallo where he was part of a special run to the NCAA Division II College World Series

After graduating from Montevallo, he wasn’t sure where life would take him, but said he was lost for a time while attempting a path in business.

Perez during his time as an assistant at Thompson.

That’s when his wife Stephanie found a job as an ESL teacher at Thompson High School in 2008. He was hired and went on to spend his first stent at THS as an assistant in multiple sports for the next eight years.

“He’s been a part of our family and now he’s coming home to us,” Vickers said.

And he’s returning with valuable experience under his belt.

During his lone year at Montevallo, Perez led a team of mostly underclassmen to the playoffs before being hired at Hazel Green.

In his first season with the Trojans, he went on to lead them to the Class 6A state championship and a 32-13 record to earn the honor of Class 6A Coach of the Year.

He then went 27-17 in 2019, losing to the eventual state champion Cullman in the quarterfinals of the playoffs in three games. The 2020 season was cut short due to COVID-19, but the Trojans were 10-7 when the season was canceled.

Then, this season, he helped lead them to another playoff berth, taking Cullman again to three games before losing to the top-five team to end the season.

“This guy right here has it all. He has it what it takes and is exactly what this program, this school and this community needs,” Hester said of his track record. “We couldn’t be more proud to have coach Perez back home with us. We wish him all the best and will give him all he needs to be successful.”

Perez, however, knows he has his work cut out for him replacing one of the winningest coaches in state history 553 leading the Warriors.

“You guys know how I feel about Pat Hamrick. He’s a personal friend, a father figure and my girls call him papa Hamrick. But I’m not that nice,” Perez said with a laugh. “I can’t wait to get to work. This is a privilege to me and I want to make sure that parents and players understand that, for me, leaving this place was a tough decision because I took pride in wearing this uniform. I want to make sure everybody understands that if they’re lucky enough to wear this uniform, it’s because you earned it. It’s because you have the same pride and love for Thompson High School that I have today.”

Perez has said he’s gotten nothing but well wishes since rumors of taking the job started to swirl around, and now he’s excited to just focus on getting to work.

“When rumors started running around that I was going to take my dream job, not one person was upset because they understood the love I have for this place,” Perez said. “I want you guys to understand that this is the best of the best.”