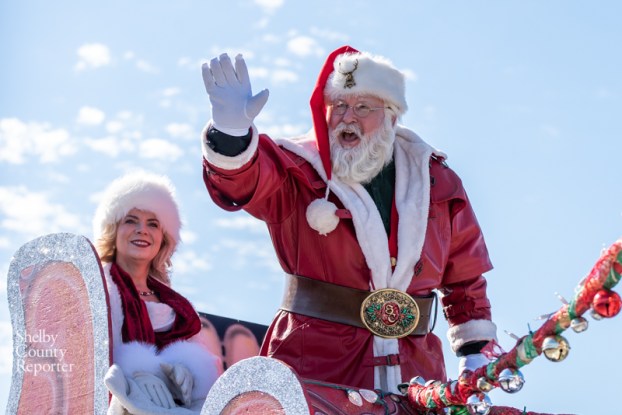 Chad Leverett and Rick Wash are putting together what will be the city of Pelham’s first-ever Christmas parade. (File)

Pelham to have its first-ever Christmas parade this year

PELHAM – Though Christmas is more than half a year away, Pelham residents Chad Leverett and Rick Wash are working with volunteers to host the city’s first-ever Christmas parade.

While Wash sits on the Pelham City Council, the two are working with an advisory board and volunteers to plan the event as citizens wanting to do something for the community.

“Rick and I met up when we were both running for city council last year,” Leverett said. “We created a list of things that we would like to see accomplished if one of us won and this was in the top five. We thought about this, because Rick has lived here since the 1970’s and as long as he’s been here there has not been one.”

Wash said that these conversations led them to put their heads together and come up with a plan for how they would want to do the parade. The two then talked with city leaders and department heads to see if that would be something they would be comfortable with.

We had a meeting with them, and made sure that they knew that they had veto power and could say no if they wanted to,” Wash said. “However, we were met with open arms. From the police and fire chiefs to the city manager and mayor. Everyone gave their blessing.”

The parade planning is still in its infancy, but the two insisted that it was going to happen. They have put a lot of thought into making it work with the celebrations that the city already holds.

“It will stay on a route that would be close to where the civic complex is and end it there. Then we would want to tie it into a celebration there at the civic complex,” Wash said. “In the past we did a Christmas tree lighting celebration, so we were thinking about trying to tie those together. Ultimately the goal is to gear it more towards the kids. I want them to look at this from a 10-year old’s point of view. It needs to appeal to them.”

The parade is planned to take place at night to help better coincide with the tree lighting and other festivities.

Both Leverett and Wash said that they hope the parade will provide a chance for the community to come together and enjoy the company of others in what has been a tumultuous two years during the COVID-19 pandemic.

“I think what it will bring to the city is unity. It will bring a lot of togetherness,” Wash said. “It will give us a chance to focus on something that is positive and family-related and tie it all together with the mixed entertainment district that was recently established. We will be able to grow and make the parade where it becomes a tradition.”

Leverett added that he thinks a first-ever event like this would be a way to “ignite a sense of oneness in Pelham by involving the residents, the city and the schools.”

There is no official date yet as the parade is still in the planning phases, but as things move along the pair expressed that they would be looking for more volunteers and sponsors for the event.

By NATHAN HOWELL | Staff Writer  PELHAM – State fairs are one of the most celebrated traditions during the warmer... read more