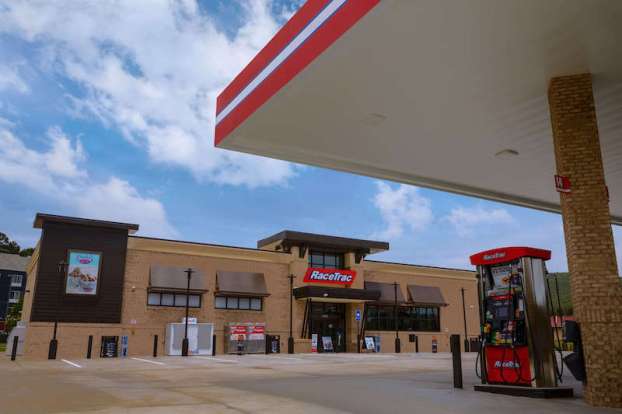 Construction has started on a RaceTrac gas station and convenience store on U.S. 280 in Chelsea. An AutoZone store is also set to be built next to Taco Bell. (Contributed)

CHELSEA – Two new businesses are slated to come to Chelsea in the near future.

Mayor Tony Picklesimer on March 9 confirmed an AutoZone store will be built on the lot next to Taco Bell, and a RaceTrac gas station and convenience store is being constructed roughly a mile down the U.S. 280 corridor, next to Bojangles.

Construction on the AutoZone store is expected to take about four months to complete, Picklesimer said.

“It’s going to be a state-of-the-art auto parts store,” Picklesimer said, adding the upscale version of the store will feature glass and stone elements. “It’s going to be a very pretty building. We’re certainly excited to have them.”

AutoZone is an auto parts and accessories company with nearly 6,000 locations across the country.

Picklesimer said the city’s RaceTrac location will feature a “neighborhood store” with various food and beverage products, along with a gas station with limited 18-wheeler capacity.

“We’re really excited about that,” he said. “We really don’t have any fuel options out there on that end of town, so that’s a good thing. It will be a very pretty store and a very welcome addition to that Publix complex.”