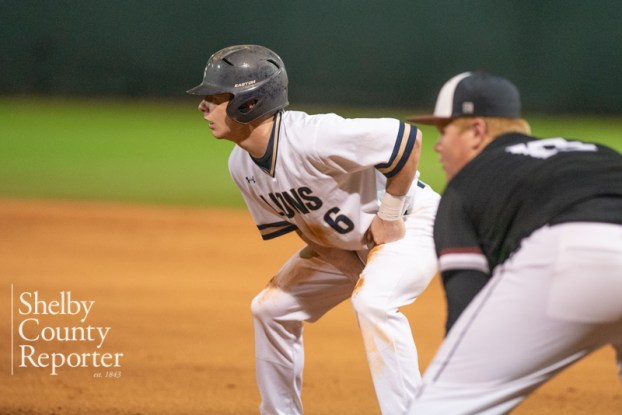 Briarwood scored in all but one inning against Pelham on March 1 to win its third game in a row by a final of 9-1. (File)

NORTH SHELBY – After a 0-4 start to the season, Briarwood has bounced back in a big way in its last three games.

The Lions, who lost three of those first four games by four runs or less against top teams, went on to sweep a two-game series with Pell City for their first two wins of the season, and most recently, on March 1, beat county foe Pelham.

Following the 4-1 and 6-4 wins for over Pell City, Briarwood gained confidence, and it showed against Pelham, who is going the opposite direction.

The Lions went on to score runs in the first four innings and in five of the six innings they batted in to pull away for a 9-1 victory. Pelham, who dropped its fourth straight after winning three in a row, had five hits in the game but left nine runners on base throughout.

Briarwood struck first in the bottom of the first when Eli Steadman laced a two-out single to right field that brought home two runs for the early 2-0 lead.

In the bottom of the second, the Lions did it again with two outs. This time, Wesley Helms hit a ground ball through the gap in the left side of the infield for an RBI single to make it 3-0.

Another two-out hit an inning later made it 5-0 after Cameron Ray hit a deep fly ball to left field for a two-RBI double.

Brady Waugh made it 6-0 in the bottom of the fourth when he hit an RBI single to left field before a passed ball allowed Steadman to cross the plate two batters later. During that same at bat, Spencer Nichols hit a grounder that ended with Waugh coming home on a fielder’s choice where no out was recorded.

Trailing 8-0, Pelham finally scored its first run with two outs in the top of the sixth when a bases-loaded walk to Logan Green allowed JD Wilkins to score.

Briarwood answered with one final run in the bottom of the sixth on an RBI single from Cal Higdon.

At the plate, Steadman finished 2-for-3 with two RBIs and two runs scored, while Helms finished 2-for-4 with an RBI, a walk and a run scored. Ray added two RBIs with one hit, while Higdon and Waugh each added one RBI and one hit.

On the mound, Andrew Kellum got the start and went six innings. He allowed four hits and one run with eight strikeouts. Drew Daniel finished off the final inning and allowed one hit and one walk with a strikeout.

Pelham was led by Wilkins, Zach Egan, Trent Jones, Christian Pritchett and Hayden Jackson with one hit apiece, while Green added the RBI.

Wilkins and Pritchett combined for 12 strikeouts on the mound.