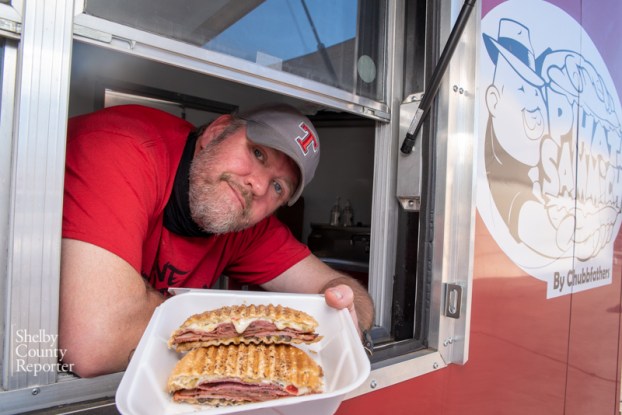 ALABASTER — Chubbfathers has been one of the prime locations for burgers in the Shelby County area, and now owner Will Cholewinski is looking to serve the community even more by moving to a bigger location in early 2022 and increasing business for his food truck Phat Sammich.

Cholewinski said despite the pandemic, his business has actually increased and has gotten to a point where it has become necessary to expand his kitchen space to grow his business, leading him to seek out a new property for Chubbfathers.

“We are extremely blessed to have outgrown our space,” Cholewinksi said. “We had an opportunity come up with this location that we could not say no to.”

Recently, he said he looked at real estate and set up the process for Chubbfathers to move to a bigger location at 228 Kent Stone Boulevard in Alabaster.

“We will have a drive-thru and outdoor seating, and a kitchen that is not 30 years old,” Cholewinski said, jokingly. “I sell 200-300 cheeseburgers a day off a 2-foot-by-2-foot flat top, and they are all made to order. So you can imagine what having 6 feet of flat top space this location will allow for will do for us. It will be phenomenal.”

The design for the restaurant will be different as well. Cholewinski said he is shooting for a “rustic-industrial-chic vibe” with rustic wood, old metal and brick layout.

Chubbfathers will continue to serve their classic burgers and sandwiches, but will be able to bring back old favorites with the added kitchen space like tacos, seafood and an expansion of the burger menu.

The timeline for the new location will be around 12-14 months to open depending on buildout and permits.

Regarding the current location, he said, “My intention is to redo the lease and either make Chubbfathers’ current location a Phat Sammich location, a bar or maybe a nice mom-and-pop-style sit-down place, where we can make delicious food more accessible – where you can provide a very nice meal for like $20.”

Cholewinski also addressed his new food truck, Phat Sammich, which has been operating out of the Chubbfathers parking lot.

The food truck was dedicated to his mentor “Fat Sam,” from whom he said he learned everything.

“Fat Sam was probably my greatest mentor. He ran a place on Southside called Fat Sam Sub Station. It was where I really cut my teeth in the food business and learned a whole lot of things,” he said. “When he passed away a few years back, I knew I wanted to do something to honor his memory. Sandwiches are my most favorite food on this earth. I had the food truck, so I thought it would be a nice way to honor his memory by naming my food truck Phat Sammich after him.”

The food truck offers a wide variety of sandwiches, usually rotating through four or five different ones for those who would rather have that than burgers.

Cholewinski said the food truck was also giving him an opportunity to help the community throughout the pandemic, with lower prices and ease of access.

“In a time where most people are looking to cut costs and pull back on things, there are a lot of people who need us,” he said. “I like the idea of increasing our activity so that we can bring on more people and pay them more money and to grow. In a time where people need it the most, I’m not afraid to step up and make it happen.”