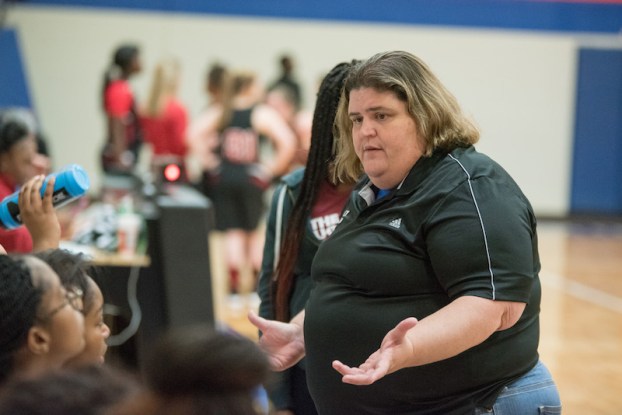 Montevallo through and through: Niven becomes winningest basketball coach at MHS

MONTEVALLO – When it comes to Montevallo High School few have been more important than Tena Niven, and now she’ll go down in history.

A graduate of the school, Niven has dedicated her life to the Bulldogs for 20 years as a teacher and coach, doing whatever is asked of her. On Tuesday, Jan. 12, the girls basketball coach picked up her 335th victory at Montevallo, making her the winningest boys or girls coach in school history.

“It meant a lot. It’s been a tough season all the way around, but this team that I have, they’re young, but they’re mentally strong and I’m proud to have accomplished this with them,” Niven said.

The historic victory saw the Bulldogs put together a dominant performance in a 40-8 area win against West Blocton.

It marked a special moment in a season that has been difficult for Montevallo both on and off the court.

The night the volleyball team won the area championship, a team also coached by Niven, she was admitted to the hospital. That was right around the time the basketball team was set to come together as well, causing her to miss the first week with the team.

Then, around Thanksgiving, the entire team had to quarantine due to COVID-19. After returning from Thanksgiving, the Bulldogs won their first game of the season against Verbena, but Niven was back in the hospital before the Christmas holiday to have a procedure.

All of that not only put into perspective how much the head coach enjoys her job, but also made her even more grateful for the historic moment and the relationships she has built over the years.

“Even last night, it was a very quiet night,” Niven said. “The kids knew that it was there. But, I guess I’ve coached so long and the way that everything has gone this year, I was really relaxed about it. I said all along ‘It’s going to happen when it happens,’ but I wanted my focus to be on the kids and to build my relationships with them. It has been a trying season, but I love this bunch.”

Niven’s 335th win surpassed former boys coach Bobby Pearson for the most in school history. But, even after the historic night, the relationships she has formed over the years and the teams that helped pick up those wins is what has made her journey special.

“This is my 19th year and I’ve had a lot of special players and teams,” Niven said. “I’ve built some special relationships, and that’s what I’m most proud of. Those former players that have reached out and mention the relationship is what makes this so fun.”

And it also helps that she wants her alma mater to be as successful as possible, while impacting the students and athletes with the same positive experience she had at the school.

“Graduating from Montevallo, this is a special place for me and I wouldn’t want to be anywhere else,” she said. “I want the kids here to have the kind of experience that I had when I was here. That’s always been my goal. I care about them, the program and the school.”

And this year’s team is no different.

It is a team that has struggled with inconsistency, but it’s one that has no player older than a sophomore and has dealt with the trials and tribulations of missing their coach and dealing with COVID-19.

“This year’s team has been fun to be around. I love them just as much as the teams that have won 20 games because of how hard they work as a team,” Niven said. “ We’ve played a lot of difficult games, and I expect this next couple of weeks to end on a positive note because of it.”

After the historic win, Niven’s attention quickly turned to the weeks ahead and the possibility to still win an area championship and get in the playoffs.

But she also knows she has a chance to impact a young group of players down the stretch this season, something she has learned through 20 years of wisdom and 335 wins.

“I’m very competitive, don’t get me wrong. I love to win. But as I’ve gotten older, I understand the relationships we build are more important,” she said. “Nobody really remembers records and stuff. Even when I look back at my high school playing time at Montevallo, I can’t tell you what our record was, but I can tell you about my relationships with my coach and players and what we did together.”