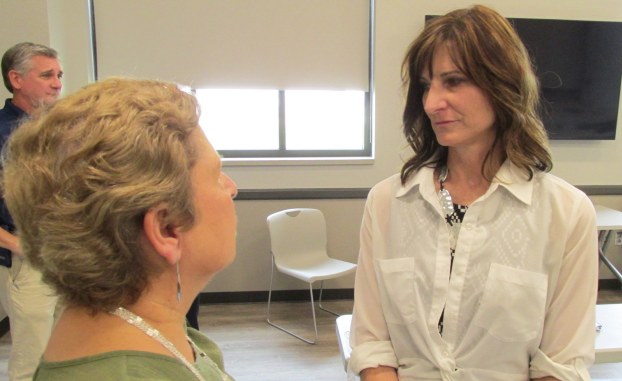 DiFante, who was first hired in 2017, manages the daily operations of the city and its annual budget.

“We are fortunate to have a city manager who is recognized throughout the country for her leadership,” Council President Maurice Mercer said. “Gretchen brings a wealth of knowledge and expertise to the City of Pelham. She is a leader that inspires others to do their best.”

Added Mayor Gary Waters, “She has done a great job, and I am thrilled the City Council chose to approve the city manager’s new contract. The days of the mayor being the apex, the point of the spear, those days are over,” he told the Council. “It doesn’t need to be like that anymore. It needs to be collaboration. It needs to be the political instincts the mayor and council bring to the fight and the professional acuity that the city manager brings to that whole effort. That’s how it works. Together, we can’t be beaten.”

Under DiFante’s leadership, some city operations were reorganized for maximum efficiency and improved customer service. Part of that reorganization also led to significant savings. In 2019, DiFante negotiated a fleet maintenance agreement with the city of Hoover. As a result of the partnership, Pelham saved more than $307,000 in the first full year of the agreement.

During her first three years as city manager, DiFante also changed many of the city’s personnel procedures to be better aligned with the civil service law and to ensure compliance with state and federal statutes. The city’s recruitment and hiring processes were also revamped to provide both objective and subjective evaluation of candidates.
“Pelham recruits the best of the best talent,” DiFante explained. “We must ensure we have the right people in the right positions, so Pelham will prosper. Once they’re a part of the Pelham family, we want to keep them here. We’ve emphasized employee retention.”
For the first time since Pelham was founded, the employee team includes a Certified Public Accountant.

Another major accomplishment: the city’s first capital improvement plan with designated funding sources was approved. The Pelham City Council approved many large scale projects, whose implementation DiFante and the city staff were responsible for managing to completion. A new library and recreation center were built. Outdoor basketball and sand volleyball courts were installed, and the first phase of the Pelham Greenway trail opened. A multi-million dollar renovation was completed at the Pelham Civic Complex and Ice Arena.

Pelham has seen significant development in the three years DiFante has been city manager. Two major projects are progressing, despite the challenges presented by COVID-19: Campus 124 and The Canopy.

“We listened to what our residents told us they want to see in their community when we went through our comprehensive planning process,” DiFante said.
“We have built an excellent team, and I am proud to serve this city along with those individuals. Our goal is to continuously improve the way we do things to better serve our citizens, businesses, and visitors.”

DiFante has been recognized for her leadership outside the community. After founding Alabama’s Women Leading Government chapter, DiFante was recognized in 2019 by the League of Women in Government and the National Research Center as a Top 10 Finalist for the Premiere Leadership Trailblazer Award. It recognizes accomplished leaders in the local government profession who have championed and inspired other women to achieve.

DiFante also serves on the Alabama City-County Management Association Board of Directors.

Chapter President Brian Muenger spoke to DiFante’s leadership.
“Since she returned to Alabama in 2017, Gretchen has established herself as a leading advocate for professional management excellence,” he said. “She continues to provide professional development to hundreds of emerging leaders within the State.”

Most recently, DiFante was nominated for and awarded the Shelby County Chamber’s 2020 Public Servant of the Year Award. Nominees are evaluated on significant accomplishments and improvements made in the county and municipality.

DiFante’s new contract includes a base salary of $155,000 per year. She will be evaluated annually by the city council, and if DiFante receives a satisfactory performance evaluation, she will receive the same across-the-board raises awarded to other city employees, provided the annual increase does not exceed two percent (2%).