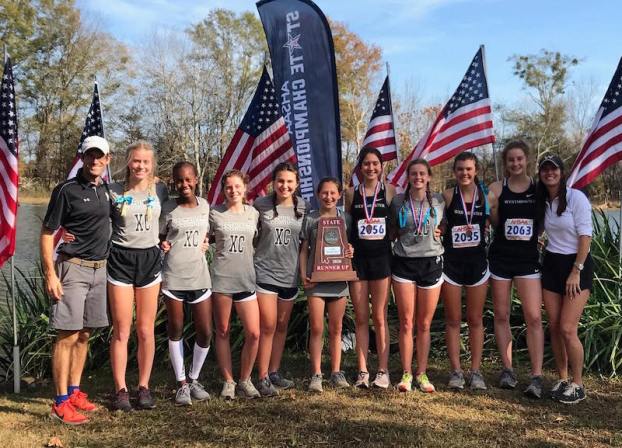 OAKVILLE – The Westminster at Oak Mountain boys and girls cross country teams both finished inside the top three at the 2020 Class 4A Cross Country State Championship meet held at Oakville Indian Mounds Park on Saturday, Nov. 14.

The girls were led by Hallie Porterfield, who finished off an incredible senior season by taking home second in the event with a time of 19:27.77.

Porterfield finished inside the top 10 seven different times this season in eight races and with her second-place finish at state, she also had five top-two finishes this season.

Emily Mungai was the final to finish inside the top 50 of the girls race for Westminster. Another seventh grader, she finished 44th with a time of 23:10.42.

In the boys race, Andrew Purcell gave the Knights a top-10 finisher thanks to his impressive time of 17:34.42, which was good enough to claim ninth for the senior.

Seventh grader Weaver Caldwell also finished inside the top 40 thanks to claiming 33rd with a time of 18:38.11.

Indian Springs also competed in the boys race with Mark Underwood claiming the highest finish. He took home 60th with a time of 19:28.62.