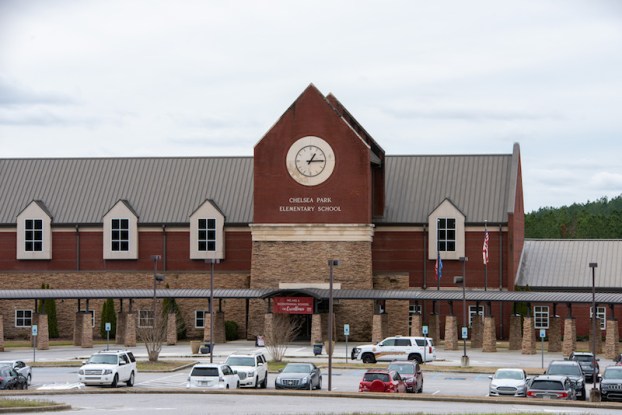 “I had the privilege today to deliver this first round of Nick Grant checks to all five of our schools today, and they are just so appreciative of it,” Mayor Tony Picklesimer said. “It’s one of the most fun things that you guys let me do.”

The Council had voted in its Oct. 6 meeting to award $134,941 in Nick Grant funds to the city’s schools for specific needs listed in their grant applications.

The grant funds are generated by a 1-cent sales tax increase approved in 2019.

During his report, Picklesimer also told the Council that notices for fire dues will be mailed out in the coming weeks.

Fire dues only apply to residents who live outside of the Chelsea city limits and who wish to receive fire service coverage from the Chelsea Fire Department.

“We are proud of the services that we offer our adjoining neighbors that are not part of the city of Chelsea,” Picklesimer said. “We offer complete fire service protection and paramedic services to all of our neighbors for a fee of $250 a year. We think it’s an outstanding value to have our service available to those residents outside of our city for that $250.”

All residents in the city limits have fire coverage automatically.

Picklesimer said the fire dues for those outside of the city limits help the city’s fire department recoup the cost of the services, and if the dues create a financial hardship for those wishing to be included, the city offers a payment plan with no interest.

“There is no reason to leave yourself unprotected,” he added. “It’s serious business, and it’s a big deal.”

Get to know Athlete of the Week Mikayla Leftwich

Mikayla Leftwich is The Shelby County Reporter’s Athlete of the Week for Oct. 18, 2020. Sponsored by Coosa Pines Federal... read more