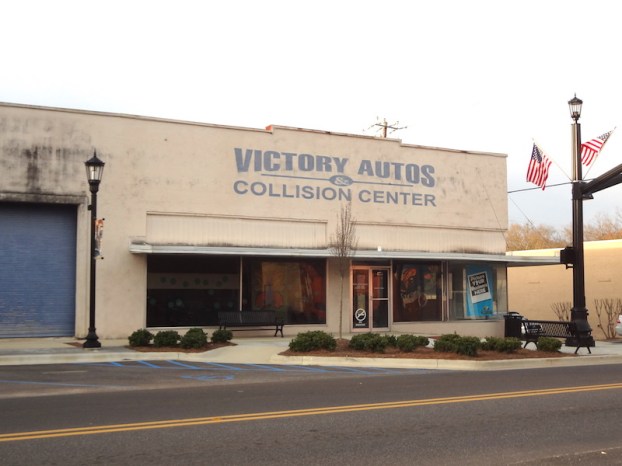 The Montevallo City Council heard from Interstellar Ginger Beer and Exploration Co. co-owner Dr. Shane Kelly regarding the brewery’s interest in tenancy of a portion of the former Victory Autos & Collision Center building the city owns and is planning to renovate. (File)

MONTEVALLO – In addition to approving the purchase of four vehicles for the police department, the Montevallo City Council on Oct. 12 heard a presentation from a potential tenant for the former Victory Autos & Collision Center building the city is planning to renovate.

Dr. Shane Kelly, co-owner of Interstellar Ginger Beer and Exploration Co., gave an overview of the craft brewery and answered questions about how it would fit into the city’s capital project plan for the Victory building, which the city purchased for $375,000 last year.

“We’d love to move to the area and be able to put Montevallo on our labeling,” Kelly said. “This building would be great for us to be able to expand our footprint and be able to make more beer. Also, where we are in Alabaster is in an industrial park, so there’s not any frontage.”

In response to Councilmember Arthur Herbert’s question regarding the brewery’s reinvestment into the community, Kelly said Interstellar hosts several events throughout the year, including a fried chicken fest, and is looking at a barbecue and beer concept for the brewery.

Councilmember Rusty Nix asked Kelly what would need to be done in order for Interstellar to occupy space in the Victory building, and Kelly said electrical outlets and water plumbed in would be necessary.

“I’m open to doing whatever it takes to make it economical for the city,” Kelly said. “There may be other ways to cut some money off the project. I think that’s for the architect and you guys and us to talk about how to do that properly.”

The city’s overall plans for the project include refurbishing the building to allow for a tenant to occupy the top level and the city to utilize the bottom level for storage and the ValloCycle program.

City Clerk Herman Lehman said the immediate goal is to get the building secured and structurally ready for any tenant and then negotiate details with a specific tenant later in the process.

Kelly said the brewery would have a taproom with tables and seating for patrons wanting to consume beverages and food on the premises.

In other business, the council approved the purchase of four 2021 Ford Police Interceptor AWD utility vehicles for the Montevallo Police Department off the state bid list for $192,000 using funds from the two Central State CDs totaling $149,875.97; the remainder of the ALDOT project account totaling $28,534.85; and $13,589.18 from the remainder of the Cell Tower Sale proceeds to be deposited in the Regions Reserve Account.

Shindig takes the stage despite the rain

By SCOTT MIMS / Staff Writer  COLUMBIANA — The rain failed to give bluegrass lovers the blues as it fell... read more