There’s no substitute for being prepared—and when it comes to our kids and school, we want to give them the best start they can possibly have. For parents like Melisha Smith of Calera, the HIPPY USA program helped give her son, Jaxon, the start that he needed.

“I love the program. The lessons that he was learning, I realize, were really setting him up to be successful and profitable,” Smith said. “Before this program he was kind of a year behind at everything. I liked the home visit part, because Alison (Richardson) and I really clicked and that helped too.” 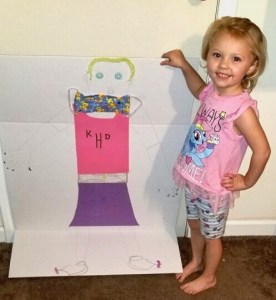 Kinsley Horton shows a project she completed as part of her learning. (Contributed / Alison Richardson)

Smith, a former teacher who continues to sub, first found out about HIPPY through a flyer. She signed up immediately hoping to get more support for Jaxon. She ended up participating for two years and said HIPPY benefitted her just as it did her son.

“I needed that confidence. I needed that cheerleader,” she said. “I also liked the partnership portion. It provided every opportunity to thrive, such as grocery shopping on a budget.”

Now that Jaxon is in kindergarten, that confidence has been translated to him—something Smith said she would have had more of with her 19-year-old daughter and 8-year-old son, had they gone through HIPPY.

“All kids need it,” she said. “It’s not just for getting ready for kindergarten.”

HIPPY, which stands for “Home Instruction for Parents of Preschool Youngsters,” is an evidence-based home instruction program promoting school readiness, early literacy and parent involvement. Home visitors like Alison Richardson physically go to the homes of students over a 30-week period and work directly with parents to support the critical role parents have in their children’s education. The target age is typically students ages 2-4 who are preparing for kindergarten.

“The achievement gap appears well before children enter kindergarten,” reads one of the program’s informational flyers. “Children who begin school having missed critical early learning opportunities are already at risk for failure in school. HIPPY…addresses these issues by supporting parents in their critical role as their child’s first and most influential teachers.”

The model for HIPPY goes back to 1969, where it started as a research and demonstration project at the Hebrew University in Jerusalem. It was brought to the U.S. in 1984 by the National Conference of Jewish Women and has been replicated in the United States for more than 25 years. Its parent company is located in Little Rock, Arkansas, thanks in part to Bill and Hillary Clinton, who introduced it to their home state in 1986.

Shelby County Schools has had the HIPPY curriculum available for approximately 13 years. The biggest difference this year, as is common in 2020, is the home visitors are using ZOOM video conferencing and delivering weekly packets to homes, due to the COVID-19 pandemic.

“We’re not able to get out and recruit the way we normally recruit,” added Shelby County Schools HIPPY Program Director Paula Cooper. “We are usually present at different events. We also are very much one-on-one. A lot of what we do is spread from one parent to another, from one community to another.”

But the program has soldiered on, because of the importance of its mission, with the help of dedicated home visitors like Phyllis Peterson, a great-grandmother who took her great-grandson through the program three years ago.

“We were thrilled to have her come on staff with us,” Cooper said.

In a sense, HIPPY is a counterpart to the Head Start program, Cooper indicated, due to the different specific focus of the two programs. 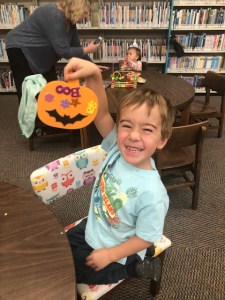 HIPPY in Shelby County is funded for 45 families, and they typically work with students of Title 1 A schools, although it is open to anyone. HIPPY also has a dual language home visitor in Elizabeth Del Toro.

The curriculum focuses on five areas—math, reading, language, science and motor skills. Most of the literature is purchased through CAWACO grants, although HIPPY is not primarily workbook focused, as many of the activities are hands-on. Meanwhile, the home visitor does role playing and acts as if they are the parent interacting with the child, while demonstrating techniques to the parent—for example, how to introduce a book when reading to a child. These are techniques parents might not otherwise have access to.

“These are parents that may not have a great education, and it empowers them as well as it empowers their child, and I think it’s very rewarding, what it does,” said Mary Cooper, federal programs supervisor with Shelby County Schools. “It’s a feel-good program all the way around.”

Parents like Smith agree. Playing upon the term, “It takes a village to raise a child,” Smith said the partnership with HIPPY is fundamentally important.

“I inherited another village,” she said.

FROM STAFF REPORTS Shelby County Sheriff John Samaniego was appointed to serve as a CALEA commissioner and will begin a... read more