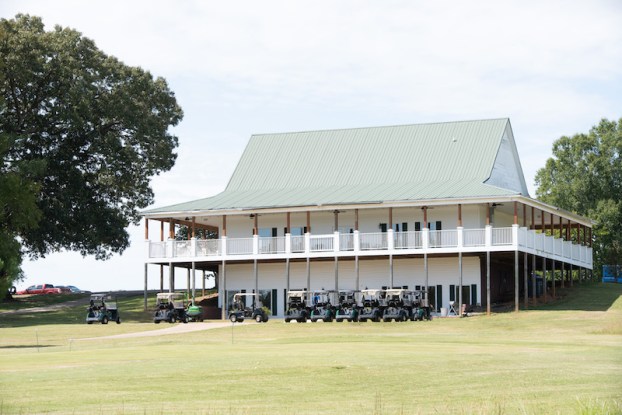 The Meadows Golf Course in Harpersville recently reopened after being shut down for 12 years. (Reporter photo/Keith McCoy)

COLUMN: A trip down memory lane at The Meadows

Waking up on Saturday mornings as a kid, most wanted to watch cartoons, eat Pop-Tarts or play video games, but for me it consisted of begging my dad to go play golf.

I still remember it like it was yesterday. I’d jump out of bed, especially when my grandfathers were in town because it was a guarantee they were going to the course, and I’d sprint down the stairs yelling, “Dad, can I go with y’all today?”

Growing up in Leeds, we lived right next to the old Terry Walker Golf and Country Club. I could walk there in a matter of minutes and play whenever I wanted to, so it wasn’t like I was deprived of the game.

But anytime I knew they were all going to a different course to play, I was nothing short of annoying in an attempt to tag along. Now being older, I realize that as dads and grandparents, they just wanted to go out, tell a few inappropriate jokes and have a few beers without any other responsibility.

My persistence, however, was a force to be reckoned with. Finally, one day I was able to convince my dad to let me tag along with he and both of my grandfathers to a place called The Meadows in Harpersville.

It was such a special day to spend time with three of my best friends playing the sport I love, and one of those memories you never forget.

We played the course sparingly between the late 1990s and early 2000s, and it’s one of the places I learned the game in addition to Terry Walker.

So when the course closed in 2008, it was a sad moment. It’s part of life to see some places that create memories dissolve, but that hit harder than most for me, especially since my home course of Terry Walker (Or River Oaks as it became known) closed a year earlier.

I also lost my grandfather on my dad’s side in 2007, while my dad started dealing with bad knees and a bad back. So all it once, I lost a lot of my childhood in a two-year span.

My grandfather on my mom’s side and I continued to play at Eagle Point, which is also now gone, and at Oak Mountain State Park, but I always missed those trips down to Harpersville to play at the Meadows.

But in 2017, we found out there was hope that the course may return. And after a few years of hammering out the details, cleaning up the facility and turning it back into a golf course, The Meadows opened its iconic gates again in September for the first time in 12 years.

And it’s in large part due to the work of Anthony Cardwell and his brother-in-law Donald Tate. Cardwell, under the company Cardwell Golf LLC, has a 20-year lease on the property and did a lot of the work to revive a course that had been taken over by trees.

Now, I will have the opportunity to take a trip down memory lane and share what a special place The Meadows has been to my life.

A furry rescue from a fiery situation

FROM STAFF REPORTS / Editorial Derek Walker and wife Maria Gilbert were asleep in their house when their Great Dane... read more