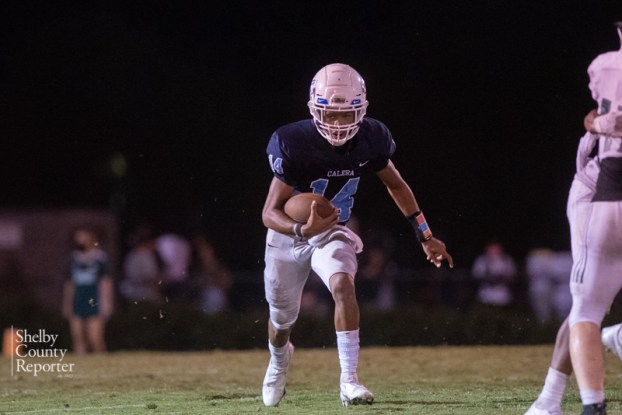 Calera's home game with Pell City on Friday, Sept. 25 has been canceled due to COVID-19. (Reporter photo/Keith McCoy)

Calera’s game with Pell City canceled due to COVID-19

It was announced on Thursday night, the night before the scheduled matchup, that Pell City was forced to cancel the game due to positive COVID-19 cases within the program.

It marks the second time this season the Eagles have had a game canceled 24 hours before it was scheduled to start after Jackson-Olin was forced to cancel their game with Calera back on Aug. 28.

But, it marks another forfeit win for Calera, who now has a 3-2 record with one head-to-head win, two forfeit wins and two losses by eight points or less.

Calera is still scheduled to take on Stanhope Elmore on Oct. 2 in a big region matchup.

Refunds for the game will be issued through GoFan.

It may seem like a quiet week as we’ve hit the midway mark of the 2020 high school football season... read more