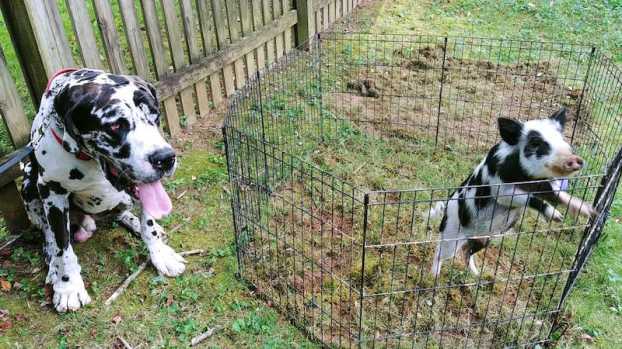 A Great Dane named Ralph woke up his family with barking on Sept. 8 at 2:20 in the morning to alert them of a fire, which helped save their lives. (Contributed)

NORTH SHELBY – Married couple Derek Walker and Maria Gilbert were awoken around 2:20 a.m. on Sept. 8 when their 4-year-old Great Dane Ralph began barking to alert the family of a fire raging in their house.

According to Gilbert, the couple had heard Ralph barking during the night before at different disturbances, but this time his bark sounded different.

“I was trying to crawl back down to sleep and my husband got up to go investigate what was going on,” she said.

“I am a pretty deep sleeper, and that bark woke me up. Our son didn’t eat much dinner that night and I half expected to find him in the kitchen,” Walker said, thinking his son may just be getting a midnight snack. “So I walk down the hall to see what Ralph is barking at, and when I got around the corner all I could see was flames outside of the window, and no alarms were going off or anything.”

The couple said that fire inspectors told them the fire started from a grill outside of the home that was used for cooking out on Labor Day. Since the fire started outside most of the smoke was going straight up into the air and did not set off the alarms. 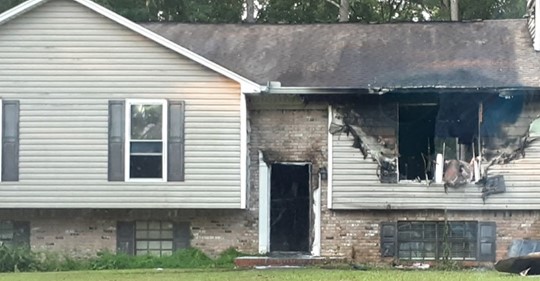 This set off a harrowing sequence of events that took place over a period of just a few minutes. Walker began alerting everyone in the house that there was a fire and tried to get everyone out as fast as possible.

“Because of the alarms not going off, if Ralph had not woken us up then my son would not be here because of where the flames were. By the time I got to him in his room it was entirely black and there was smoke everywhere. I couldn’t see him and I could barely breathe,” Gilbert explained.

When he knew that his wife and kids were safe, Walker went to recover Ralph and attempted to rescue the family’s two miniature pigs as well as trying to pick up a few items on his way out. Walker was able to save one of the pigs.

According to Gilbert, the call to the fire department was placed at 2:25 a.m. and the North Shelby County Fire Department was at their house putting hoses on the fire by 2:29 a.m.

When the fire department arrived, a majority of the house was already lost. Emergency workers told the family that if they had noticed the fire even minutes later that all of them might not be around now.

“Ralph is our hero,” Walker said. “If he had barked one minute later then it could have been a very different situation. I am so thankful for him, without him doing that, I can’t guarantee that all of us or any of us would be here today.” 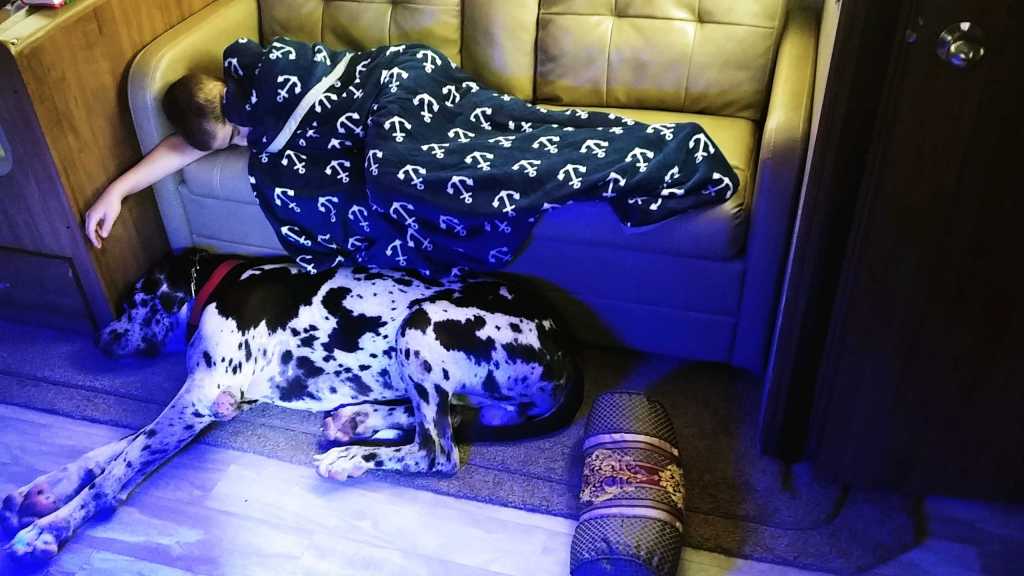 Ralph looks after the family.

A fun-loving dog, Gilbert said Ralph showed just one more reason why people should have dogs.

“He is just a gigantic goofball and is very sweet,” Gilbert said. “After this experience I would encourage everyone to adopt a dog to protect you.”

Following the fire, the couple said their neighbors and church community have rallied around them to find temporary housing, as well as starting a GoFundMe campaign to help ease the burden caused by the fire.

“I am from Portland, Oregon and Derek is from New Albany, Indiana, so we have no family down here,” Gilbert said. “Our Valleydale Church community was already there with us first thing in the morning checking on us, and by that night, they had us set up in a camper.”

Anyone interested in assisting the family after this devastating fire can help by supporting the GoFundMe campaign at Gofundme.com/f/old-mill-trace-fire.

Briarwood shuts out Woodlawn, improves to 3-1

By CAYDEN STURGES | Special to the Reporter NORTH SHELBY – Briarwood came into Friday night, Sept. 11th on a... read more