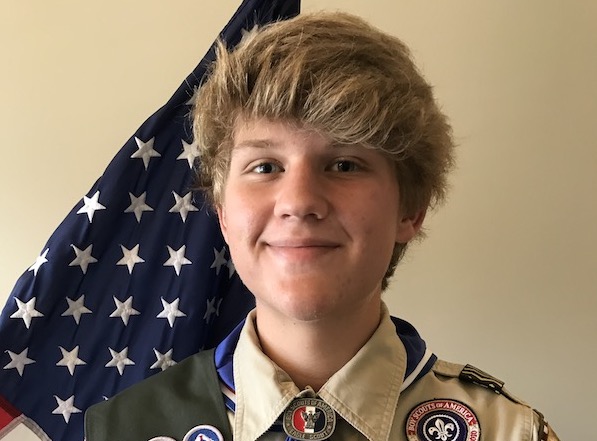 NORTH SHELBY — Matthew David Coby, a member of Troop 533 chartered by Oak Mountain Presbyterian Church and under the leadership of Scoutmaster Mark Clark, recently earned the ranking of Eagle Scout through the Boy Scouts of America. 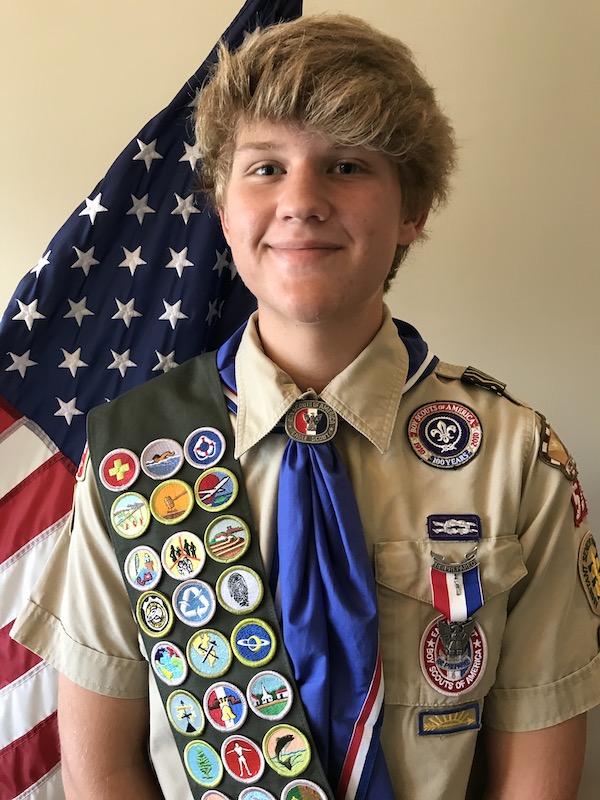 For his Eagle Scout project, the 16-year-old Oak Mountain High School junior built and installed five wooden benches and a lattice privacy screen around an HVAC unit next to the Oak Mountain Middle School gymnasium.

Coby said he had wanted to be an Eagle Scout since he was a young kid participating in Cub Scouts.

“I started out in the Cub Scouting program, and that’s something that everybody wants to achieve, and now that I’ve finally made it it’s very fulfilling,” he said.

He thanked Dr. Larry Haynes, Oak Mountain Middle School principal, for sponsoring the project at the school where he attended.

“It feels great to give back to them. I’m really glad Mr. Haynes reached out and offered the project to me. I learned lessons that I’m going to take with me for the rest of my life, and that’s something that you don’t get every day,” Coby said, also thanking his fellow troop members and family members for their assistance and support.

“I did not do it by myself,” he said. “The other boys in my troop, they came out and really showed what they have, along with their family members and my family members. An Eagle Scout project is about being a leader, and I’m not a one-man team so all the guys that came out to help, that was much, much appreciated.”

Coby’s scouting career began in 2010 as a first-grader and Tiger Cub in Cub Pack 533. He enjoyed five years in the Cub Scout Pack, completed the God and Family Program in 2014, participated in four Cub/Webelos Day Camps, competed in five Pinewood Derbies, spent the night on the USS Alabama battleship and earned the highest award in Cub Scouting, the Arrow of Light in early 2015.

Coby crossed over to Boy Scout Troop 533 in Spring 2015 and has been to five summer camps at Camp Sequoyah, as well as many monthly outings with the Troop that included USS Yorktown aircraft carrier, shooting, snorkeling, deep sea fishing, hiking, canoeing, river rafting, snow skiing, camping, cooking and much more. He has served as a Quartermaster, Patrol Leader, Assistant Senior Patrol Leader and Senior Patrol Leader, and served as a Head Chorister with the Birmingham Boys Choir from 2017-2018.

In addition, Coby completed National Youth Leadership Training in July 2019. He is a member of the cross country team at OMHS.

Coby is the son of Mark and Merrilee Coby.

On this week’s Shelby County Football Show, we look forward to one of the busiest weeks of the season with... read more