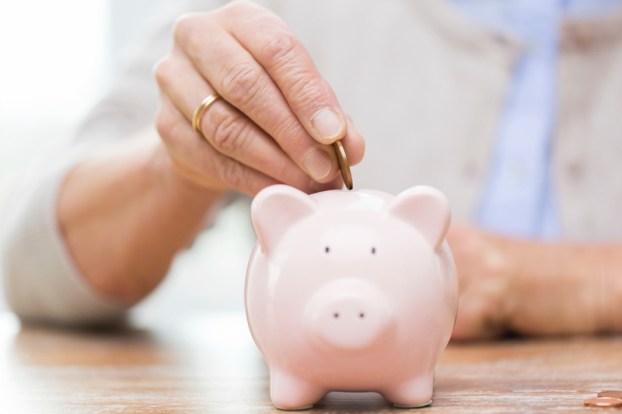 Some businesses have posted signs asking for only exact change or card payments due to a national coin shortage. (File)

Coin shortage affecting some businesses, not others

When’s the last time you reached into your pocket and heard the familiar jingle of change when making a cash transaction? If it was recently, then you may not be aware that there is a national coin shortage.

In June, the Federal Reserve started limiting the number of dimes, nickels and pennies allocated to banks and as a result many businesses started accepting only cards or exact change as payment. The limits were imposed due to disruptions in the supply chain of U.S. coins caused by business closures related to the COVID-19 pandemic.

Central State Bank, which operates Shelby County locations in Calera, Alabaster and Pelham, says its customers have not been affected, however.

“We haven’t limited the amount of coins that customers can get when they come in because we haven’t had to,” said Laura Joseph of Central State Bank, “and it doesn’t look like we’re going to have to going forward unless something changes.”

According to Joseph, the bank’s strategy was to order as many coins as possible from the Federal Reserve and divide them among branches. Since the reopening of many businesses, the coin allocations are not as tight as they once were.

“As businesses reopen, people are using more coins and more cash, and that’s getting it back into circulation. That’s kind of what caused the coin shortage. The demand was so low when everything was shut down,” Joseph said.

Joseph did say people are trending toward more card-based payments because so many of them are no-touch transactions. In the midst of a pandemic, reduced physical interaction seems to provide some peace of mind.

“You don’t have to touch money and checks and coins and stuff like that,” she said. “I think with what we’re going through now with the virus, it’s I don’t want to say safer, but it provides more of a level of comfort.”

Contactless payment is one feature of grocery chain Publix’s new loyalty program dubbed Club Publix, which includes a digital wallet, an option to receive eReceipts and notifications of store promotions. While such offers may not necessarily be a direct result of the coin shortage, they are becoming increasingly popular in a post-COVID society.

From a pure cash perspective, Piggly Wiggly Store Manager Gary Bradford indicated his Columbiana location has not seen any change due to the shortage—no pun intended.

“(The coin shortage) doesn’t exist for us. We have had no problems getting change from the bank,” Bradford said.

The co-owner of Miss Tiffaney’s on Main in Columbiana also said she had not noticed any difference in accessibility to coins.

Still many large businesses, such as fast food chains, have signs posted requesting exact change or card transactions. Multiple Taco Bell locations throughout Shelby County have had the signs displayed, for example.

Fortunately, barring another economic shutdown, things seem to be trending back in the right direction.

“I think we’re going to come out of this OK,” Joseph said.

Officers revive child in cardiac arrest on I-65