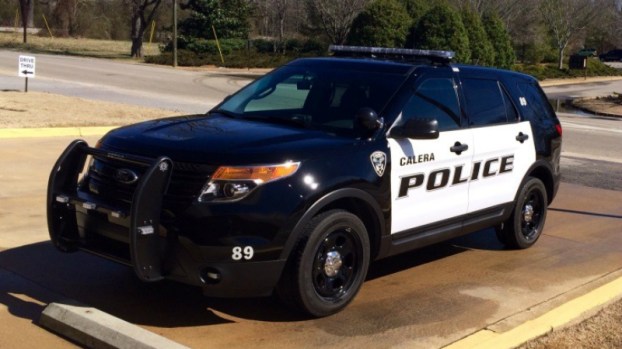 The Calera Police Department launched a new project on Wednesday, July 22 that aims to keep firearms out of the hands of criminals.

The project is essentially a personal firearms record that will assist law enforcement in tracking stolen firearms based on their make, model and serial number.

Cards are given to gun owners in the city who will use them to record identifying information about each firearm they own. The cards are kept by gun owners—not the police department—and are used to provide law enforcement with the essential information needed should a gun become stolen. 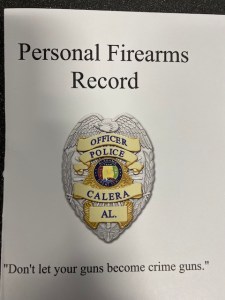 “Without these identifiers, we can’t enter stolen guns into the national database,” said Calera Police Chief David P. Hyche, “and if the guns are recovered, there is no way of knowing they were stolen. If we can’t prove that the gun is stolen, we can’t charge the criminal with the theft or with possessing a stolen firearm. There is also very little chance that you would have your recovered firearms returned to you if you do not have the identifiers.”

According to Hyche, an estimated 50 percent of Alabama gun owners do not keep a record of their firearm identifiers.

Hyche also encourages local gun owners to be vigilant in keeping their firearms secure—this especially means not leaving them unattended in vehicles where they can easily be stolen.

“Firearm thefts are rampant throughout Alabama, and stolen guns are a major way that criminals acquire their weapons,” Hyche said. “In 2019, five of six officers killed by gunfire were killed with stolen firearms.”

The personal firearms record cards are available both in the lobby of the Calera Police Department and at Calera City Hall.

“These cards should be stored in a safe place,” stated a public post on Calera PD’s Facebook page. “These forms are not to be returned to the department; they are for you the gun owner to keep and use in the event you have a theft.”