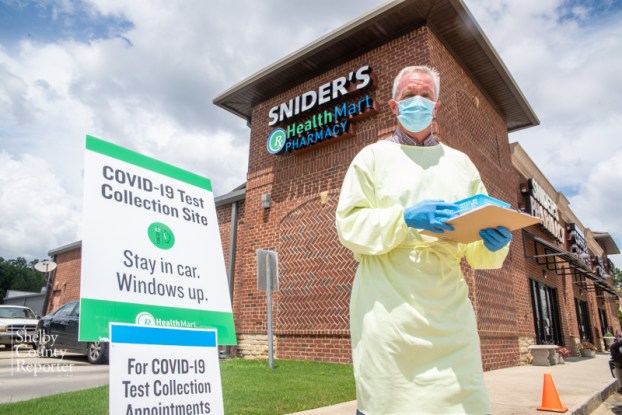 COVID-19 numbers continue to rise across Shelby County and the state as the battle against the virus hit four months in Alabama on Monday, July 13. (Reporter photo/Keith McCoy)

It’s been another seven days of record numbers in Shelby County with more than 400 new confirmed cases of COVID-19, while the state saw more than 10,000 new cases in that same time frame.

With 430 new cases in the county over the last week, the total number of confirmed cases since the outbreak began has now risen 1,764 with 22,869 tests administered.

Over the last week there have been 2,541 new tests administered, meaning 16.9 percent of those tested in that time span have tested positive.

Over the last two weeks, there have been 714 new cases in the county, which makes up 40 percent of all cases in a battle against the novel coronavirus that has been going on for four months as of Monday, July 13. 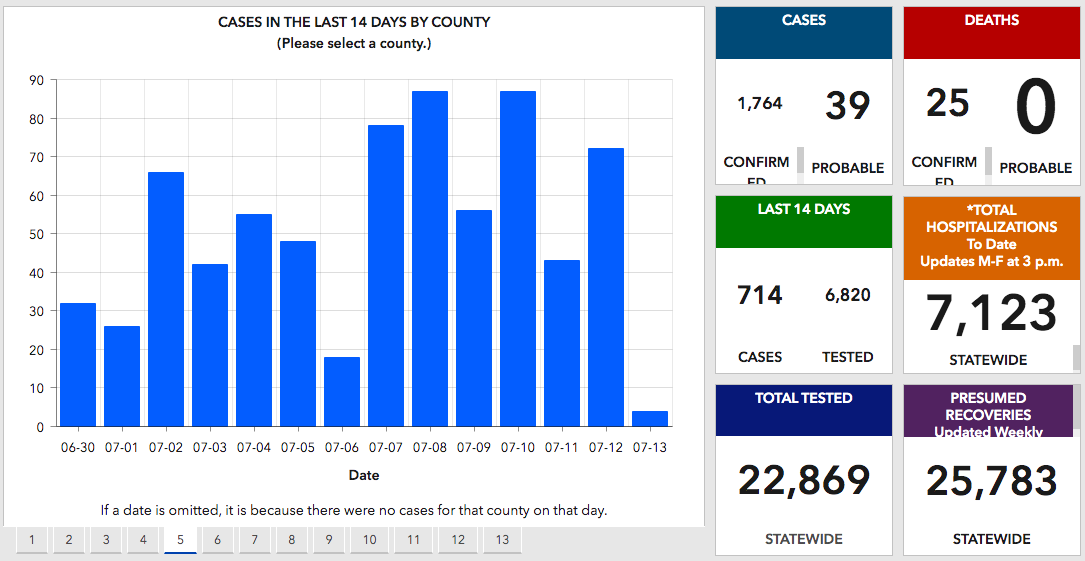 For the county, it marks the worst month of the battle against the coronavirus, as summer is in full swing and more people are shifting back to normal life.

As for the state, there have now been 54,768 confirmed cases of the virus since the outbreak began four months ago. In the last month, there have been an additional 29,533 cases, which was more than the previous three months combined at 25,233. 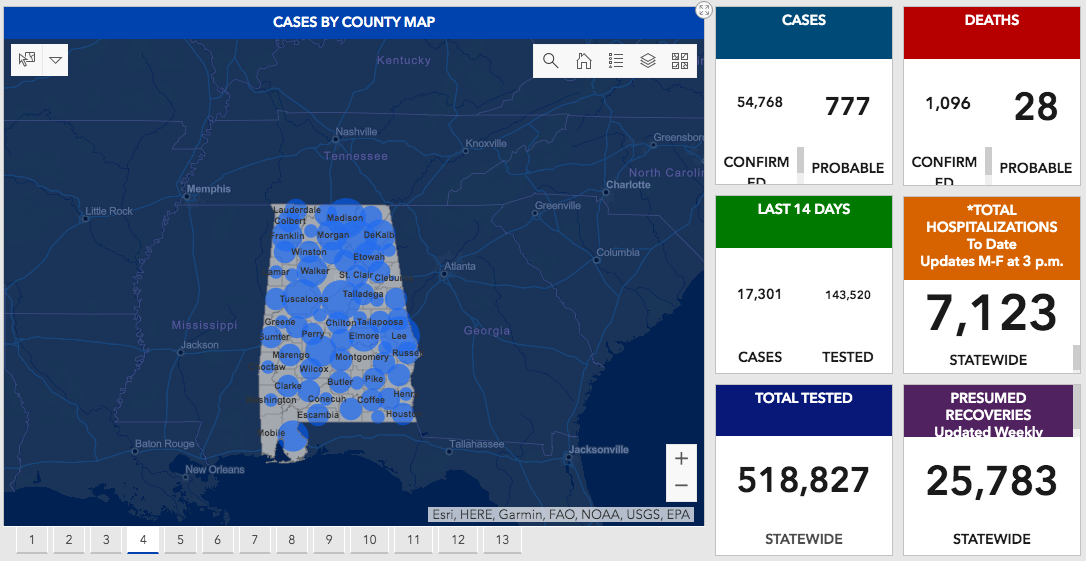 The state death count is now at 1,096, which means the survival rate is currently at 98 percent with 25,738 presumed recoveries thus far.

If you think you have been exposed or have symptoms of COVID-19, please isolate and call your doctor or nearest medical facility for guidance or call the Alabama Department of Public Health hotline at 1-888-264-2256.

Continue to follow throughout this week for daily updates to see if the upward trend continues in relation to the number of tests administered.