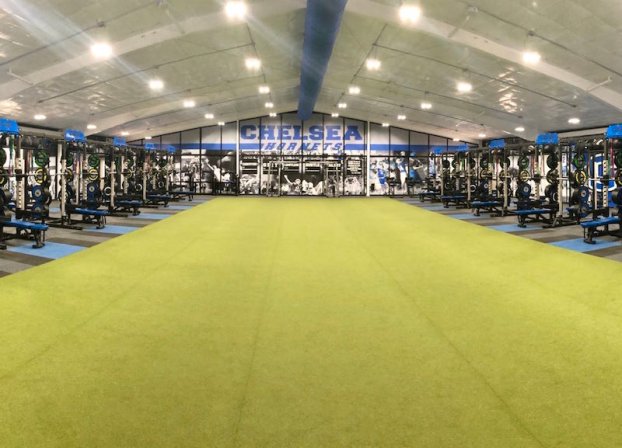 Chelsea has debuted a new weight room and athletic training facility at its high school. (Contributed)

Chelsea – The Chelsea Hornets have upgraded their hive. This week, Chelsea High School opened their new athletics training facility to much acclaim from coaches and students.

The process has been years in the making as the city has added the Chelsea Sports Complex and renovated the Weldon Pavillion in recent months. Now, a new upgrade for the high school will ensure that the next generation of Hornets will be competitive well into the future.

“We are fortunate to have individuals in our county and our school system that are interested in making things better, not only for the classroom student but for the athletic student as well,” said Chelsea head football coach Dustin Goodwin. “At the end of the day we want what’s best for our kids, we want them to have a great four-year experience at the high school level playing a multitude of sports and we want to put them in the best place we can to make them successful after they leave us.”

Previously, all teams at Chelsea were forced to work out upstairs behind the bleachers in the basketball gym in a confined area with old equipment. 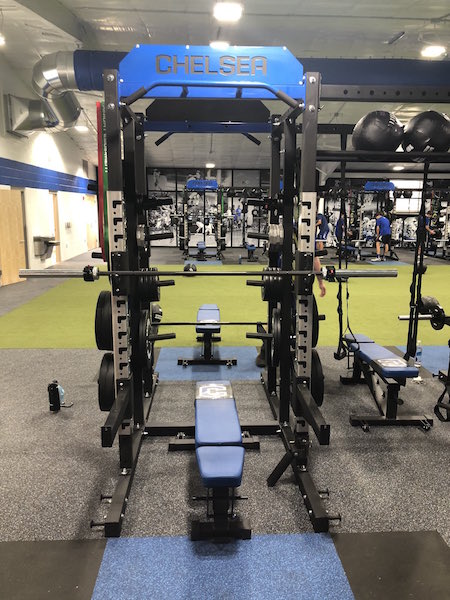 “I definitely feel like that we now have one of the best facilities in the state when it comes to high school weight rooms,” Stallings said. “We have doubled our size and some of the best equipment that’s out there on the market.”

The size of the building is important for many reasons, but certainly comes in handy in the current age of social distancing. Both coaches spoke to the advantages of having a place that addressed the athletics department’s needs, while also facilitating a safe return to normalcy as the kids get back in shape.

“This was our first week in it, there are minor details that still have to be added, but for all intents and purposes, it’s already benefited us quite a bit,” Goodwin said. “Just the amount of time and the number of people that can be there—especially with all of the new restrictions—it’ll continue to be good for us and we’re excited about it for sure.” 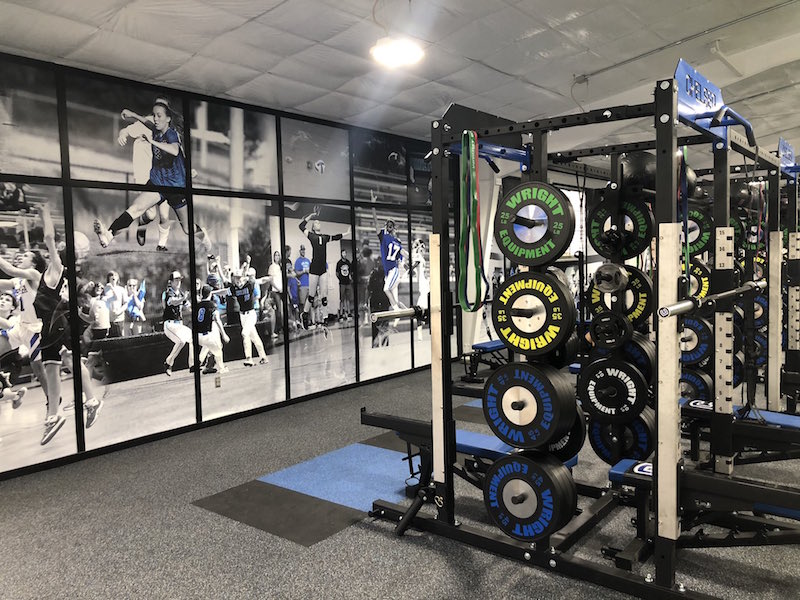 “There’s a lot of room so we can space out and social distance and we’re able to still get quality work in,” Stallings said. “There’s just such a difference between what we did have and what we have now.”

The outlook is bright for Chelsea athletics and the positive effects can already be seen in the first few days of the new facility’s use. Not only does the space and capacity impress the coaches, but the shiny new equipment galvanized the students as well. There’s a renewed sense of motivation that’s obvious to everyone in the building.

“It lets the students know that spring training is important and our kids are excited about being in it, they are going to work hard and hopefully it allows us to do something extra,” Goodwin said. “An extra 10 minutes over a few months adds up.”

It has also been a motivation factor for the team getting to work out in the facility.

“When our kids go in there, there is an excitement and just an energy about them because of how nice the equipment is and how nice the space is,” Stallings said. “I think it’s been a huge motivational factor for our kids knowing that they are going to have something nice, they’re ready to get after it and work hard.”

By ROBYN JAMES | Special to the Reporter ALABASTER – The famous quote that parks and playgrounds are the soul... read more