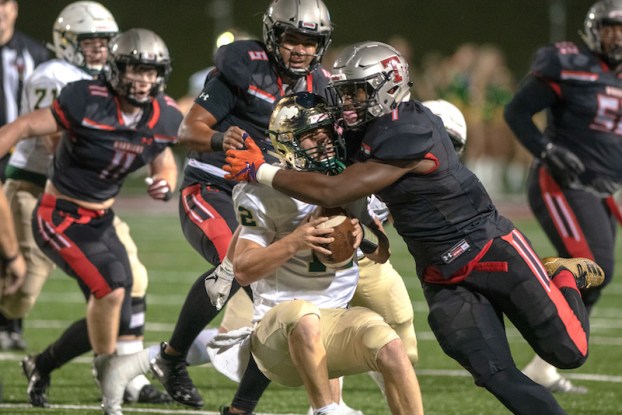 Jeremiah Alexander remains the state's highest ranked player for the Class of 2022 heading into the upcoming football season. (File)

While the last few months have been filled with uncertainty surrounding the sports world, there is far less uncertainty about what we will see on the football field this fall and that’s an array of talent from many different teams, including some of the country’s top recruits.

Heading into the 2020 football season, the Thompson Warriors will be coming off a state championship, while three of the county’s 11 AHSAA teams won a region championship last year and four total made the playoffs.

Not only is similar success expected this year, if not better, but yet again, fans of Shelby County teams will get to see some of the best football players in the state this season.

Thompson, Helena, Spain Park, Oak Mountain, Shelby County, Briarwood, Pelham, Oak Mountain and Vincent all have players that are either highly rated recruits or are flying under the radar.

For the Thompson Warriors, they’ll continue to have a loaded team with the return of some of the state’s best players.

In this year’s senior class alone, the Warriors have two of the state’s top players with South Carolina commit Sam Reynolds ranked as the state’s 30th best player as an all-around athlete that can play both sides of the ball and wide receiver Tre Roberson rated the 55th best player in the state.

In addition to those two seniors, the Warriors have another senior offensive weapon in J.B. Mitchell who has offers from Georgia State, Navy, Georgia Southern, South Alabama, Eastern Michigan and Coastal Carolina.

Behind that, the defensive side of the ball has a slate of younger players including Jeremiah Alexander, Peter Woods, Tony Mitchell and Gavin Shipman that are all getting national attention.

Alexander, a defensive end/linebacker, is currently committed to the University of Alabama as a four-star recruit ranked as the nation’s No. 11 player and the state’s No. 1 player for the Class of 2022.

Woods and Mitchell are both rising-sophomores that are in the Class of 2023, and both already have offers from most of the country’s biggest schools.

Woods is considered by many to be the top defensive linemen in the country for that class, while Mitchell ranks up there for defensive backs.

Shipman is getting a lot of attention from Ivy League schools due to his 4.2 GPA. He currently holds offers from places like Harvard, Princeton, Colgate, West Florida and a few others.

In addition to those Thompson athletes, two Helena players and one Spain Park player heading into 2020 are also getting a lot of attention.

In addition to that, Huskies’ linebacker Iceberk Cave has garnered a lot of attention following his sophomore season in which he posted 85 total tackles, eight tackles for loss and three sacks. He currently has offers from Arkansas, Tennessee, Georgia Tech, Indiana, South Florida, Kansas and Troy.

For Spain Park, Ward will return for his junior season following 596 receiving yards and six touchdowns as a sophomore on 51 receptions. Ward currently has offers from Florida State, Georgia Tech, Virginia Tech, Florida Atlantic, Indiana and Troy. That’s a list that will likely expand with a big junior season. 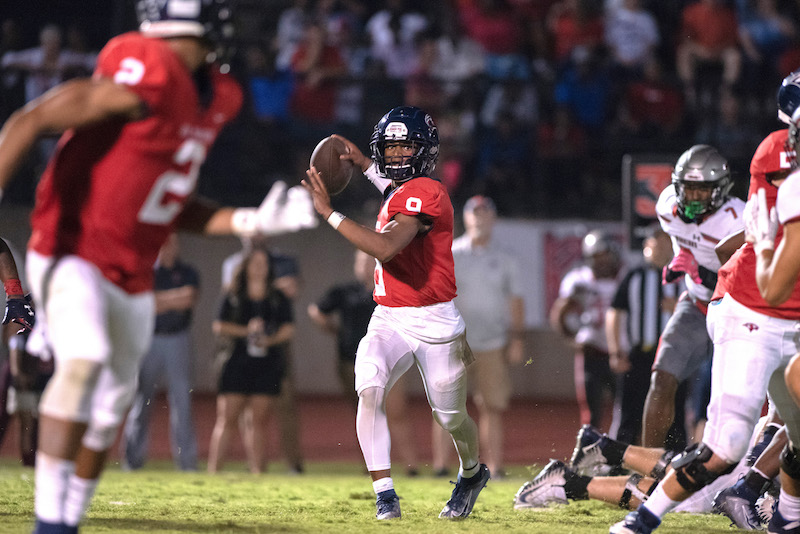 Meredith is still a bit unknown, but judging what we’ve seen from the quarterback position at Spain Park, Meredith should be in good hands and already has an offer from Troy, which shows his potential. A big year this season for the Jags could pave the way for many teams to come calling.

Pennington is a hard worker and leader both on and off the field and is quite possibly the most underrated offensive lineman in the state.

The rising senior for the Wildcats has offers from Army, Austin Peay, Chattanooga, Furman, Jacksonville State, Middle Tennessee State, Navy, North Alabama, Richmond, Samford, South Alabama, The Citadel and Western Kentucky. He has also been on the radar at Auburn, but hasn’t been offered yet.

All of those players are coming off big years last year or have a ton of upside that will be something to keep an eye on this season.

By ALEC ETHEREDGE | Managing Editor  MONTGOMERY – In her latest amendment to the safer-at-home order on Thursday, May 21,... read more