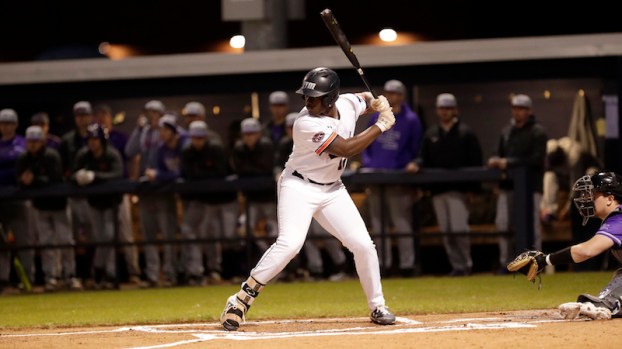 TUCSON, Ariz. – For the first time in University of Tennessee at Martin history, multiple student-athletes were listed on the Collegiate Baseball Freshman All-American team as the Skyhawk duo of Christian Hall and Wil LaFollette earned that title today.

A total of 100 players were selected to the prestigious squad and UT Martin was one of just 20 Division I programs to boast multiple selections. Only Alabama, Florida, Florida State, Georgia Tech, St. John’s and Texas Tech had more Collegiate Baseball Freshman All-Americans than the Skyhawks, who landed two of the five Ohio Valley Conference representatives on the list.

The announcement marks the second postseason recognition for Hall, who was also identified by D1Baseball with the OVC’s “Best Freshman” title for 2020. The 6-2, 230-pound left-handed swinging Hall paced all OVC rookies with a .368 batting average while starting 15 games at designated hitter.

The Calera native led the Skyhawks with 21 hits, 13 runs scored and eight multi-hit efforts while ranking in the top-eight in the OVC in walks (12, third), sacrifice flies (two, fifth) and on-base percentage (.465, eighth). Hall tallied a pair of doubles, two home runs and nine RBIs – driving in a run in nine separate games. He was one of only six designated hitters to claim Freshman All-American status in 2020.

At Calera, Hall was ranked as the No. 2 outfield prospect in the state of Alabama for his class by Perfect Game, was a three-time all-county selection and was one of only three Alabama outfielders to be named a “Player to Watch” by Collegiate Baseball newspaper heading into his senior campaign.

He hit .377 with 25 RBIs and 15 extra-base hits as a junior while also tallying 57 strikeouts in 61 innings on the mound and was named a Preseason All-American honorable mention in the Southeast Region by Perfect Game in 2019, following up a Perfect Game Preseason Underclassman All-American third team selection in 2018.

LaFollette appeared in all 16 games during the abbreviated 2020 campaign, earning 13 starts (eight in right field, five at first base). The Chelsea native ranked second on the UT Martin squad with 13 RBIs, hitting .283 with three home runs, two doubles, a triple, 10 runs scored and a .500 slugging percentage. 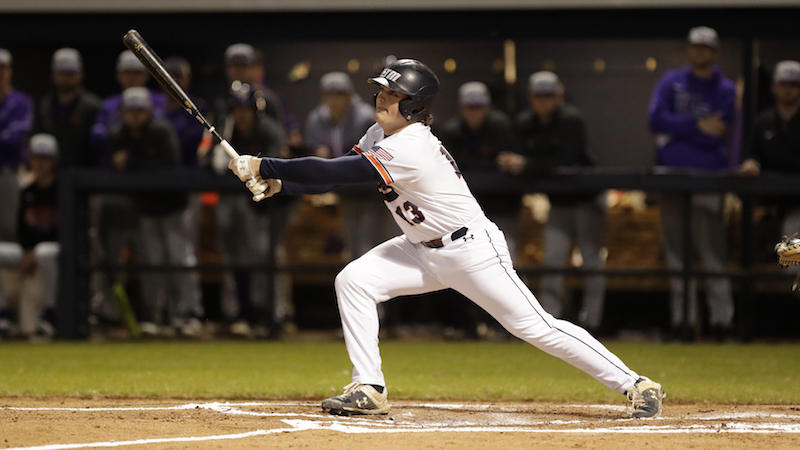 The 5-10, 220-pound southpaw pieced together five multi-hit performances and collected three multiple-RBI games. LaFollette’s five RBIs in the OVC victory over Southeast Missouri on March 8 were the most for any Skyhawk all season. He made the Freshman All-American list as a first baseman, as he was one of just eight recipients from that position.

During his high school days at Heritage Christian Academy, LaFollette was one of the best pure hitters in the state, accumulating a remarkable .562 combined batting average over 49 games in his final two seasons. He also tallied 77 hits in 137 at-bats as an upperclassman, generating 22 doubles, six triples and 11 home runs in addition to a .635 on-base percentage and 1.051 slugging percentage.

He also added 61 runs scored, 66 RBIs and 18 stolen bases in his junior and senior years, hitting .569 as a senior and .556 as a junior, while only striking out 16 times over his last two seasons.

LaFollette was identified as the No. 5 first base prospect in the state of Alabama in his class by Perfect Game and was a 2019 Perfect Game Preseason All-American honorable mention in the Southeast Region. In addition to that, he compiled all-tournament accolades at the 16U National Championship (2017) and Perfect Game Spring Southeastern Championship (2015).

By ALEC ETHEREDGE | Managing Editor COLUMBIANA – It was a strong weekend for a few anglers who made their... read more