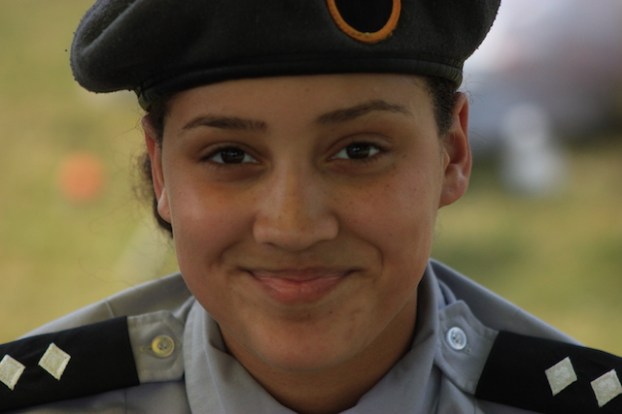 Equashia Jackson was awarded a scholarship through the KMPG Future Leaders of America Scholarship Program. (Contributed)

“It makes me feel extremely grateful and blessed,” Equashia Jackson said as she described the scholarship that will allow her to attend the University of Alabama without debt or financial worries. “I feel like all of my hard work, stress and tears have finally paid off. Words cannot express how proud I am that I never gave up.”

Her humble character exemplified, she expressed gratitude for her teachers and their role in helping her achieve this accomplishment.

“Mrs. Gifford took time out of her busy schedule to proof all three of my essays,” Jackson said.

She gave a special thank you to her math teacher, Mrs. Marbut, for telling her about the KMPG Future Leaders of America Scholarship Program.

“I would have never known about it if it were not for Mrs. Marbut introducing it and encouraging me to apply,” Jackson said.

“Equashia is an excellent student in all aspects, a smart girl,” said Marbut, who notably was Jackson’s AP Calculus teacher.

A student who loves math and excels at it, Jackson interestingly has a first name pronounced like “equation.”

Perhaps it is prophetic, in that the eligibility criteria includes an interest in a business academic or a STEM track, while maintaining a GPA of 3.5 or higher.

Jackson is graduating with a 4.3 GPA and third in her senior class ranking.

“I think CSM Kyser’s letter of recommendation really helped me too. She knows what I’ve been through and how hard it’s been for me, and she called me her hero,” Jackson said.

“This is a prestigious scholarship, it’s rewarding to see it go to such an outstanding student,” said Mary Kyser, JROTC Instructor at VMHS. “In her junior year, Jackson was one of only 13 selected from 130 students to attend the STEM Space Camp at the U.S. Space and Rocket Center in Huntsville. Jackson effectively displays leadership and maturity.”

The KPMG Future Leaders Program affords top female high school seniors across the country an opportunity to enhance their personal growth through college scholarships, a leadership development retreat at Sanford University, a mentoring relationship with a woman business leader and an introduction to golf.

Annually, the program awards 22 top female seniors from across the country. And CSM Kyser’s recommendation letter states, “Equashia is my hero.”

Kyser said her admiration places Jackson in “the top 1 percent of students” over 20 years.

Jackson’s impressive scholarship award of $10,000 per year for four years to a college of the student’s choice makes this VMHS Homecoming Queen, who joined the Army National Guard, a woman with beauty, brains and grit—and Vincent Strong.