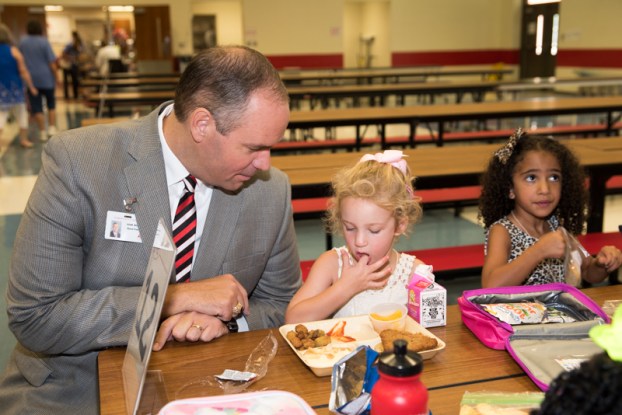 Moseley re-elected president of Alabaster Board of Education

ALABASTER – The Alabaster City Schools Board of Education re-elected Adam Moseley as its president at a meeting on Monday, May 18.

The Board elects officers each year, and also elected Derek Henderson as vice-president on May 18.

No other nominations were made, and both Moseley and Henderson were approved unanimously.

“I would just like to thank my fellow board members for trusting me again in this position,” Moseley said.

Superintendent Wayne Vickers commended ACS employees for the way they handled closing out the school year under unprecedented circumstances.

“I think we have learned a lot about what we can do when we are faced with this kind of situation,” Vickers said. “It’s not the way we planned to end the year, but we ended it well.”

Board members echoed Vickers’ opinion about the work of ACS employees.

Also at the meeting, the Board received an “unmodified” or “clean” audit report.

Student Services Coordinator Dorann Tanner reported that minimal changes were made to the Codes of Conduct, which were approved by the Board.

Tanner said stakeholders were surveyed about changes they would like to see.

“The things I got back were more procedural, that would need to go back to the schools,” Tanner said and added a spreadsheet containing those suggestions was created and shared with the schools.

ALABASTER – The Alabaster Teen Council was honored by Mayor Marty Handlon at the City Council meeting on Monday, May... read more