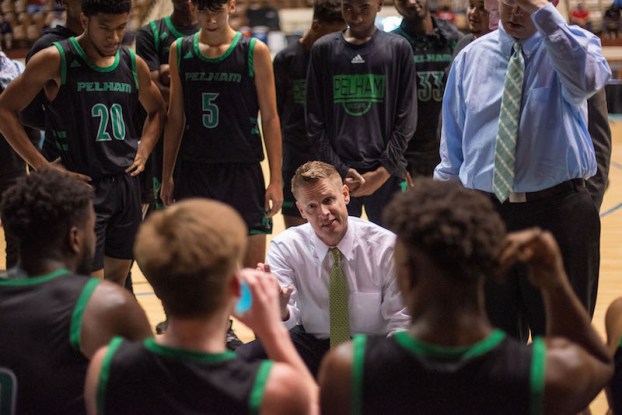 After leading the Pelham boys basketball team for more than a decade, Joel Floyd is headed to Spain Park as a varsity assistant, while his son will also join the team. (File)

A basketball coach and teacher at Pelham High School since 2007, the time has come for Joel Floyd to make his next move after officially resigning at a Pelham Board of Education meeting on Monday, May 19.

Over the last 13 years at the high school, Floyd has done a tremendous job coaching several of the state’s best high school basketball players and led the Panthers to at least the Sweet 16 on four different occasions, including three times in the last five years and one Elite Eight appearance.

Known for his intense coaching and “The Stomp,” which he has used to get the attention of his players, Floyd has left an impact on Pelham that won’t soon be forgotten by the basketball program or the student section known as JoFlo’s Jungle.

But now, that ride has ended and a new challenge is ahead for former Pelham coach.

Floyd is now headed to Spain Park High School where he will be a varsity assistant coach under former area rival coach Chris Laatsch. Laatsch took over the Spain Park job two years ago after leading the Helena Huskies for several years, which is one of Pelham’s biggest rivals after the schools split from just Pelham into two separate schools.

“It’s not something that was expected,” Floyd said. “It has been a tough decision over the last three weeks to make this decision, but it presents a good challenge and opportunity for me and my son Blake.”

That opportunity for All-County guard Blake Floyd is what got the head coach thinking about the move, eluding to a new rule change from the Alabama High School Athletic Association.

“Really, it was the new rule that changed from the state three or four weeks ago,” Floyd said. “One of the rule changes was that coaches, if they take a new job or move to a new school, the kids didn’t have to move to be eligible. In the past, they had to move into the school district to play for that team.”

Floyd said it was basically known as the “Coach Laatsch rule,” after the Spain Park head coach dealt with that with his sons William and Austin Laatsch both having to either move or be forced to play at different schools.

Austin, who played his first three years at Helena, had to move to Spain Park to play for the Jaguars when his dad took over as the new head coach, while William played his senior season at Thompson when his dad left Briarwood to become the new coach at Helena.

“They put together a proposal to make that change,” Floyd said. “When it got passed, it made me think there might be an opportunity for Blake and I to make a change. Hadn’t thought about for a second before that, but then spent the weekend thinking about it and praying about it.”

Floyd said there were only two options for him to look at—join Laatsch or stay at Pelham.

Following the rule change, he decided to reach out to Laatsch to see if they had any openings, unsure of what the response would be.

“I wasn’t trying to find a new place,” he said. “I’ve always said, if I can work out a deal for him to be coached by Laatcsh, I’m doing it. That was the only thing that would have gotten me to leave. Otherwise, I would have stayed at Pelham.”

After finding out there was a health position open and a spot on the coaching staff, Floyd said it was the best decision for both he and his son and their relationship. 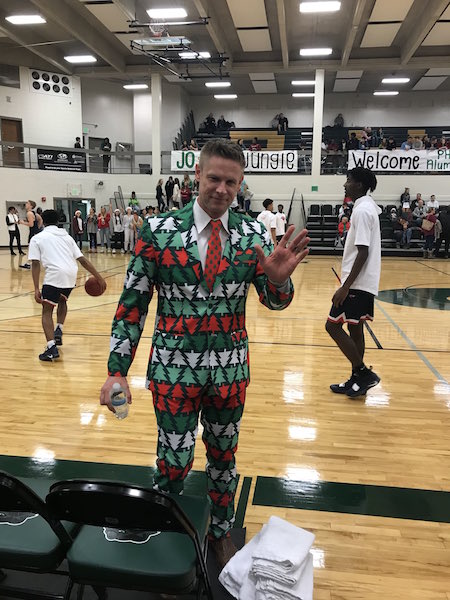 “The stress of coaching my own son weighed on both of us the last couple of years,” Floyd said. “If we could make it work for Laatsch to coach him, that’s what I wanted to do. He’s somebody I immensely respect as a coach and a leader of young men. It’s a tremendous opportunity for Blake to be coached by him, while I’m excited to see what we can do by joining forces.”

For Blake, it took a little bit of convincing to accept that it may be his best opportunity, but like his dad, he knew the only other coach he’d want to play for was Laatsch.

“I’ve known coach Laatsch for a long time,” Blake Floyd said. “It’s going to be different being coached by him, but it’s the best opportunity for my future and for mine and my dad’s relationship. The toughest part of it for me in the decision was the thought of having to leave my friends behind and go to a new school.

“It was tough when we told the team on Monday night that we were moving, but they took it well and were supportive.”

The decision-making process for both was an extremely difficult one, however, that featured a lot of late-night conversation, as well as plenty of sleepless nights, tears and prayers.

“My heart is at Pelham,” Floyd said as tears muffled his voice. “You spend the years, sweat and tears at one place, you can’t just forget that. A part of my heart that will always be at Pelham.”

After the Pelham Board of Education meeting made it official, Floyd called up his players from this past year and tried to reach out to every player he’s coached in the Panthers’ green and gold since he became the team’s head coach in 2009.

“It meant a lot to have the support of the guys you went to battle with,” he said with tears still in his eyes. “I want them to keep it the Pelham way and hope nothing but the best for them moving forward.” 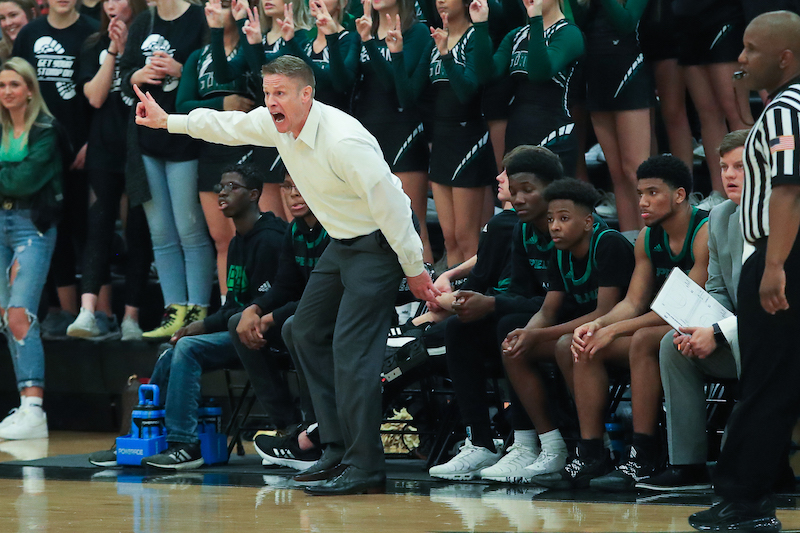 His time as a Panther is something Athletic Director Kim Kiel is grateful for, and while he is leaving, Kiel can’t help but be happy for him.

“I’m extremely appreciative of coach Floyd for the 13 years he was at Pelham. His commitment and dedication has meant so much,” Kiel said. “The accomplishments under his leadership have been amazing. He put Pelham basketball on the map and kept it there for several years.

“I hate to see him leave, but it’s bittersweet, because I’m happy for him and his son. Getting to see them get this opportunity, you can’t help but be happy.”

Kiel said Pelham is excited to see the applicant pool for the opening at Pelham, and said numbers in the program are good and on the rise, so she is excited to see who is interested in becoming a Pelham Panther.

During his time at Pelham, Floyd had his share of battles with Laatsch. From buzzer beaters in favor of the Panthers when Laatsch was coaching the Briarwood Lions to rivalry showdowns that saw Laatsch take over Helena from scratch and turn the Huskies into a Sweet 16 team in less than four years.

“Throughout all of that, I’ve had a ton of respect for him,” Floyd said. “Sometimes you have battles where it’s heated and you still respect each other, but you’re not friends off the court. But with him, there is an immense amount of respect and a friendship that has been built.”

The two coaches will now join forces on a Spain Park team that is coming off an Elite-Eight appearance last year and is primed for a successful 2020-2021 campaign.

“They had a heck of a year last year,” Floyd said. “They had a great run there at the end and took Mountain Brook to the buzzer in the Elite Eight and have most of the starters back. Eight seniors, now nine with Blake. The short term looks great, but long term, which I’m thinking about as well, Laatsch is one of the best there is.”

For Blake Floyd it marks a change he’s never experienced. His dad has coached him as the head coach in AAU and high school basketball, and now, he’ll look up during a game to take orders from a different head coach.

“It’s going to be different and take some getting used to, but it will be good in the end,” he said. “I just want to do whatever they need me to do. I’m going to play my role and hopefully that will help us get farther than they did last year and win a state championship for my senior year. That’s really my goal and I know the team’s goal.”

And it should be an exciting year with an already experienced team and coaching staff getting even more experience.

From coaching the first team in 2009, to Zach Allison’s team showing they could win area, to Alex Reese and Justin Allison leading them to the Elite Eight and head-to-head against Zion Williamson, to this past year’s team putting together a remarkable playoff run with buzzer beaters, Floyd experienced it all at Pelham in a career that went on for more than a decade.

But now, the next chapter starts and a special alliance has been born.