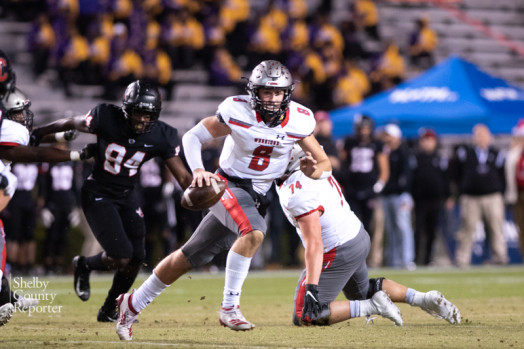 The 2019-2020 sports season will go down as one of the most historic the county has ever seen. From several state champions, to several high finishes from athletes and teams, to the season’s calendar ending two months early due to COVID-19, we saw it all.

This year had its share of memorable finishes, heartbreakers and jaw-dropping moments as teams came together to give it their all in the sports they had put so much work into.

But none of the excitement that was this season would have been possible without some of the best talent in the state.

Now that the All-County teams have been named, we break it down a step further and name the county’s 20 best players regardless of gender and sport. Broken into two teams, those players are highlighted below on the 2020 Shelby County All-Sports team. 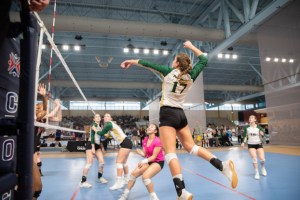 Erin Long, two-sport star, Pelham: A star in both volleyball and track and field at Pelham, Long saw a storied career end early this year. She not only led the Panthers to the Elite Eight in volleyball this season with a county-high 465 kills, she also had two top-three finishes and an additional top-four finish at the State Indoor Track and Field Championships and was set to claim podium spots during the outdoor season as well. 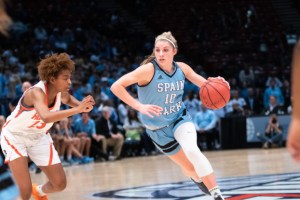 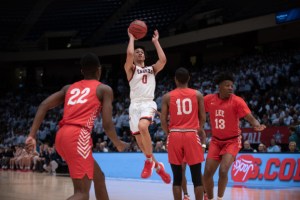 Zane Nelson, basketball, Oak Mountain: Nelson decided to put in the work and focus on improving his basketball game during the offseason, and it paid off. He averaged 16.2 points, 5.1 rebounds, 3.1 steals and 2.8 assists per game this season to lead Oak Mountain to its first Final Four in school history. 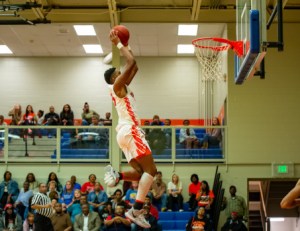 Jamarius Carter, two-sport star, Montevallo: Carter had a major breakout season for the Bulldogs on the football field with 1,031 years receiving and 15 touchdowns on 49 receptions, while also averaging 10.7 points and seven rebounds on the hardwood. 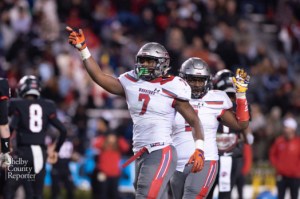 Jeremiah Alexander, football, Thompson: One of the most talented athletes in the country, Alexander is committed to the University of Alabama to play college football. This with two seasons still left at Thompson as an outside linebacker. He posted 118 tackles this past season with 25 tackles for loss and 8.5 sacks. 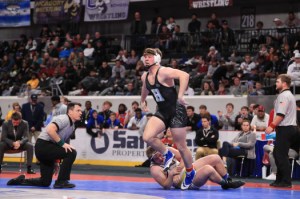 Nathan Dunaway, two-sport star, Helena: Not only did Dunaway post 129 tackles, 12 tackles for loss and three sacks for Helena’s historic football team this past year, but he also claimed an individual state championship for the Huskies in wrestling, winning the 220-pound weight class with four consecutive pins at the state tournament. 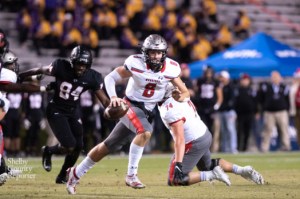 Sawyer Pate, football, Thompson: The MVP of Thompson’s first State Championship team since 1982, and just the second in school history, Pate was an automatic for this list. His four-touchdown performance in the state title game was part of a season where he finished with 3,125 passing yards and 41 touchdowns. Pate completed 226 of his 306 passes with just five interceptions and was named the county’s Player of the Year. 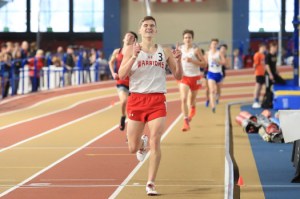 Jace Jones, two-sport star, Thompson: One of the best distance players the county has ever seen, Jones closed out his stellar career with a cross country state championship and two indoor track and field championships, taking home the 1,600-meter run and 3,200-meter run. 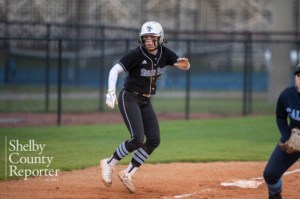 Annabelle Widra, softball, Spain Park: Widra will continue to be one of the county’s best athletes until she graduates, which is still a year away. A major contributor for the Jags’ softball team since her eighth-grade year, she went 9-0 in the circle early this year with a 0.525 ERA and 78 strikeouts in 40 innings pitched. In addition to that, she was batting .549 at the plate with eight home runs, 32 runs scored and 25 RBIs. The Michigan softball commit helped her team to a 21-0 record and No. 1 ranking before the season was halted. 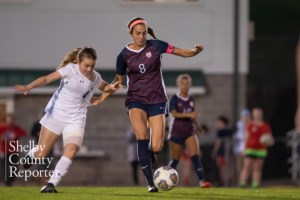 Daneille Retief, soccer, Oak Mountain: Retief was well on her way to being not only the best soccer player in Shelby County this year, but the state. In a season that ended almost two months early, she posted 29 goals and had eight assists against an extremely difficult schedule. 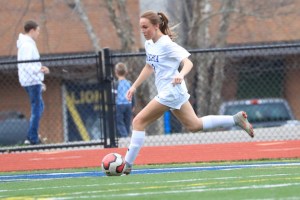 Kailey Littleford, soccer, Chelsea: In 10 games this season, Littleford scored 11 goals and posted six assists for the No. 1 ranked Hornets, who were coming off a state championship loss the previous season. She was set to be one of the state’s best soccer players this season after a remarkable junior year. 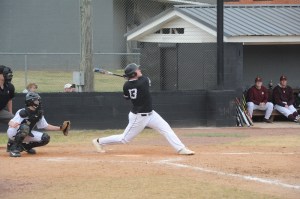 J.T. Pennington, two-sport star, Shelby County: Pennington has been a bit more under the radar than a lot of players, but as a first-team All-County offensive lineman with 65 pancake blocks, he’s gotten a lot of recruiting attention in football. He’s also a strong baseball player and was a big reason the Wildcats were No. 1 when the season was halted with a .391 average, 11 runs scored and 11 RBIs during the shortened season. 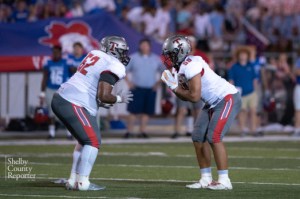 Peter Woods, football, Thompson: This name will be one you hear a lot of over the next three years. After a freshman season for Thompson that featured 15 tackles for loss, seven sacks and 56 total tackles, Woods drew the attention of most major colleges and now has offers from the top college football programs in the country, including both Alabama and Auburn. 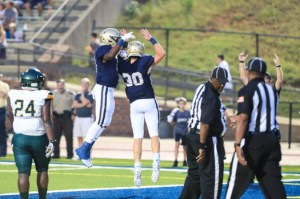 Tyler Waugh, two-sport star, Briarwood: Waugh made the first team on two All-County teams this season, which is an impressive task. Just a junior, he posted 163 tackles for Briarwood’s defense this season with seven tackles for loss, six sacks and four recovered fumbles. He also batted .394 for the baseball team early in the season with 13 RBIs and was going to be one of the best catchers in the state this season. 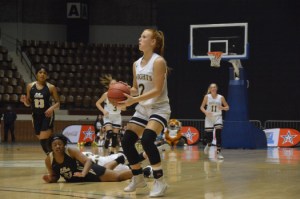 Morgan White, two-sport star, Westminster at Oak Mountain: White had another remarkable season in two sports after leading the Knights back to the Elite Eight in basketball and coming back as one of the best returning female soccer players in the county. In basketball, she averaged 14.4 points, 4.2 rebounds and 2.6 assists per game, while she had six goals and four assists very early in the soccer season after making last year’s game winner for the state title in overtime. 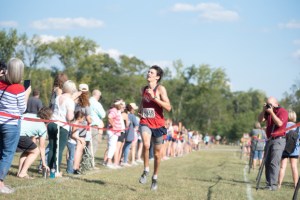 Walker Cole, two-sport star, Oak Mountain: Cole put together a remarkable senior season this year finishing second only to Jones in 3,200-meter run at the state meet, in which Jones second a record, while also finishing third in the 1,600-meter run. In addition to that, Cole finished second in the Class 7A cross country state meet to cap off a season that saw four wins and no finishes lower than fourth. 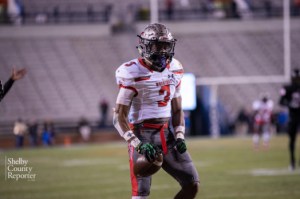 Mike Pettway, football, Thompson: Pettway closed out a remarkable two-year stretch with the Warriors with 1,154 yards and 16 touchdowns on 53 receptions to be the leading receiver for the state championship team. He finished the last two years with 2,310 receiving yards. 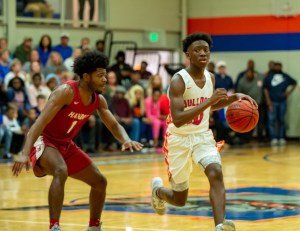 Michael Jones, basketball, Montevallo: Jones averaged a county-high 18.2 points per game this season as well as 3.8 assists and 2.2 rebounds per game on the hardwood this season to lead the Bulldogs to the Elite Eight as just a sophomore. 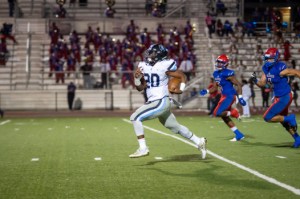 Marquis Johnson, football, Helena: Johnson was the top running back in the county this year and had several stellar games for the Huskies during their historic season. He posted 1,478 rushing yards and 26 touchdowns and had several games of 200-plus yards on the ground. 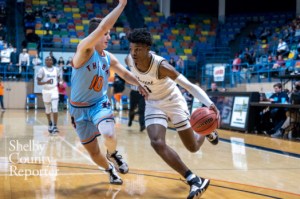 Ryshod Keith, basketball, Vincent: Keith finished the 2019-20 basketball season as one of the county’s top scorers at 17 points per game, but also posted 6.7 rebounds and 4.4 assists per game to lead the Jackets to an Elite-Eight berth.

By ALEC ETHEREDGE | Managing Editor  After holding several meetings during the week of May 11, the Alabama High School... read more