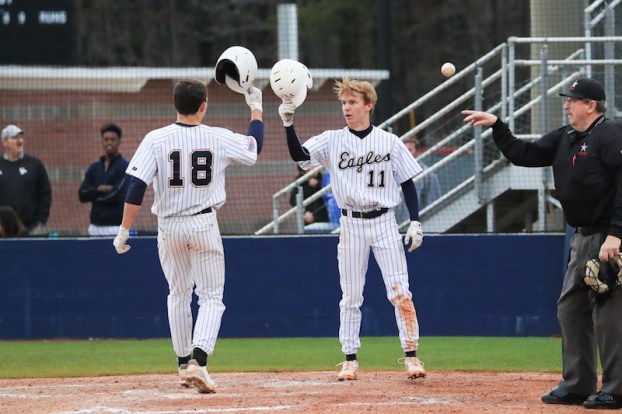 The Shelby County School system has canceled all sporting events until April 3 due to the threat of COVID-19. (For the Reporter/Dawn Harrison)

With the spread of COVID-19 (Coronavirus) precautions have been taken across the country, specifically in the sports world, and on Friday, March 13, sports will also come to a halt for Shelby County Schools.

It was announced by the Shelby County School system that all sports activities were suspended for not just the day, but until at least April 3.

“At the end of the day, the decision we made was what we felt was the best for the community,” said Shelby County Schools Supervisor of Athletics David Hogue. “We felt it was in our communities best interest after talking with the Alabama Department of Education.”

Hogue said there were meetings earlier in the day with all District 5 superintendents and the decision was easy for Shelby County from there.

“After that, it was a decision that was made very quickly on our end because of the best interest of everyone involved,” he said.

This came shortly after the Alabama Athletic Association announced that events with 500 or more people in attendance from outside the school’s student body should be cancelled or limited to the recommended number.

Coming a week before the school system is expected to be on spring break, that means the cancelation of trips to several popular spring break tournaments as well.

It also means the earliest games would start back would put teams less than three weeks from the playoffs beginning for spring sports, making the entire season outlook bleak at this point depending on if other school systems follow suit.

Hogue said he hopes the season will continue after April 3, but wants to make sure everybody is safe.

“At the end of the day, when the president declares a National Emergency, we’re talking about a pandemic,” he said. “We take that into consideration as well as the hard work these student athletes have put in when making these decisions.”

Hogue said the main reason they set the April 3 date was to be able to come back and reassess the matter then, in case there is a possibility of not losing the season completely.

“We have the opportunity to reassess things and put a pause on things,” Hogue said. “This is a rapidly developing situation. As it moves forward, we’ll reassess. I’d love to play again, but we’ll look at that later.”

Schools had been on high alert throughout the day with the AHSAA sending updates early in the morning, which included limiting the Alabama-Mississippi All-Star basketball game in Mississippi to no fans, while the Alabama High School Hall of Fame Ceremony scheduled for Monday, March 16, has been moved until this summer on June 22.

“We are saddened to have to reschedule this prestigious event,” Denise Ainsworth of the AHSAA said. “We apologize for the inconvenience this might cause. However, the health and safety of our inductees, their families, and supporters must be paramount. Tickets purchased will be honored. We appreciate the cooperation of the Renaissance Hotel and everyone’s understanding and flexibility.”

Right now, the AHSAA is uncertain of what this means for spring sports championships, but said a Spring Sports Contingency Committee has been formed to analyze current information to develop alternative options for championship play if necessary.

“Decisions will be made in the best interest of coaches, administrators, fans and most importantly, student-athletes.

Right now, Alabaster City, Pelham City and Briarwood Christian School have yet to suspend play. This story will be updated as more schools cancel sports or other activities.