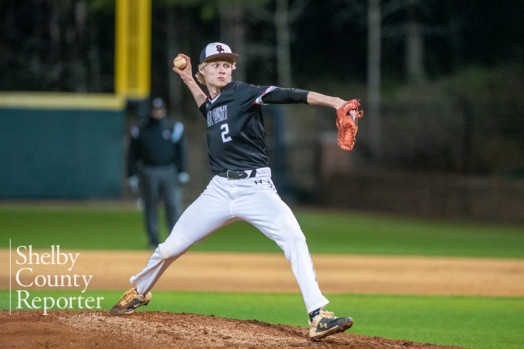 The Shelby County Wildcats came in as the No. 1 team in Class 5A in the first baseball rankings of the season, while Chelsea was No. 1 in Class 6A. (Reporter photo/Keith McCoy)

Chelsea and Shelby County No. 1, 6 others ranked in first baseball poll

The first ASWA baseball rankings of the 2020 season are here and Shelby County teams made a statement by having two No. 1 teams, five total ranked teams and eight total featured in the first poll.

Chelsea and Shelby County earned the No. 1 spot in the 6A and 5A classifications, respectively, after impressive starts to the 2020 season.

The Hornets are coming off a trip to the Class 6A state championship series last year, as they were close to claiming the title, and seem to be ready for a similar run early this season with a 10-3 record through their first 13 games.

That start has included wins against teams like Oak mountain, Prattville, Austin, Springville, Wetumpka, Oxford, Chilton County, Briarwood and Benjamin Russell. All of those teams are strong teams this season as well, while the Hornets’ only losses have come against Benjamin Russell, Mountain Brook and Spain Park.

Shelby County’s start has been extremely impressive as well thanks to a 13-2 record through 15 games. That was more than enough to earn the Wildcats the No. 1 ranking in Class 5A with their only losses coming to No. 3 Briarwood by one run and 6A Hillcrest-Tuscaloosa 7-3.

So far this season, the Wildcats have scored 129 runs in a dominant offensive start, which has led to the 13-2 record.

They sit just ahead of county and 5A foe Briarwood, who came in at No. 3 in the standings with an early record of 7-3. The Lions actually have the head-to-head 2-1 victory over Shelby County and are coming off a trip to the Class 5A state championship series last year where they were one win away from the title.

The Jaguars are currently 9-4 after winning four games in a row and six of their last seven, while the Bulldogs are now 9-1 overall. Montevallo’s recent run has included four wins in a row and a combined 52 runs in that stretch.

Just outside of a spot in their respective top 10 were the Oak Mountain Eagles and Thompson Warriors in Class 7A and the Calera Eagles in Class 6A.

Oak Mountain has been hot and cold this season, but is currently 8-4 and has shown flashes of brilliance with wins over top teams and all but one of its losses has come by three runs or less.

Thompson jumped out to a 9-1 record before a tough go at the Perfect Game Showdown in Hoover put the Warriors at 9-5 with four straight losses against some of the best teams in the country. They did, however, bounce back with a 4-0 win over Calera and have beaten several good teams to this point.

Calera, however, has played well this season too. The Eagles had won five in a row heading into that matchup with Thompson and had beaten the Warriors 3-0 earlier in the season.

By SETH HAGAN | Special to the Reporter ALABASTER – The Thompson Warriors had the best player on both sides... read more