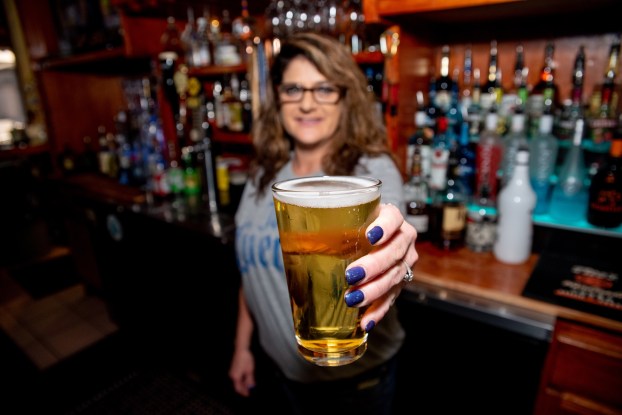 Crystal Hamrick is doing anything but sleeping at 11 p.m. Instead she’s racking up miles as she paces back-and-forth in Rio’s, a cozy bar and grill nestled at the corner of Shelby County 58 and Shelby County 95 in Helena.

If it’s Tuesday night, there’s no doubt Hamrick is passing out bingo cards and prepping the prizes for the lucky winners. On Sundays and Wednesdays she makes certain there’s plenty of chicken to go around at 50 cents per wing. Of course, the weekends are when Hamrick is greeting the most people, making them feel welcome when they walk through the glass double doors.

Most enter with a hug or a wave to find Hamrick usually has their drink of choice sitting on the long L-shaped bar that serves as the focal point of the establishment before they’ve even settled in.

In just a seven-year span, this local spot has become a place for good times and more like a home than a bar to the many people who frequent the space. “Helena has grown so much, but 99 percent of the people that walk through that door we know,” Hamrick says. “With so many new people moving to town, we’re just adding to that family. But we are a huge family here. If something happens to somebody, we know about it and we stay on top of it.” 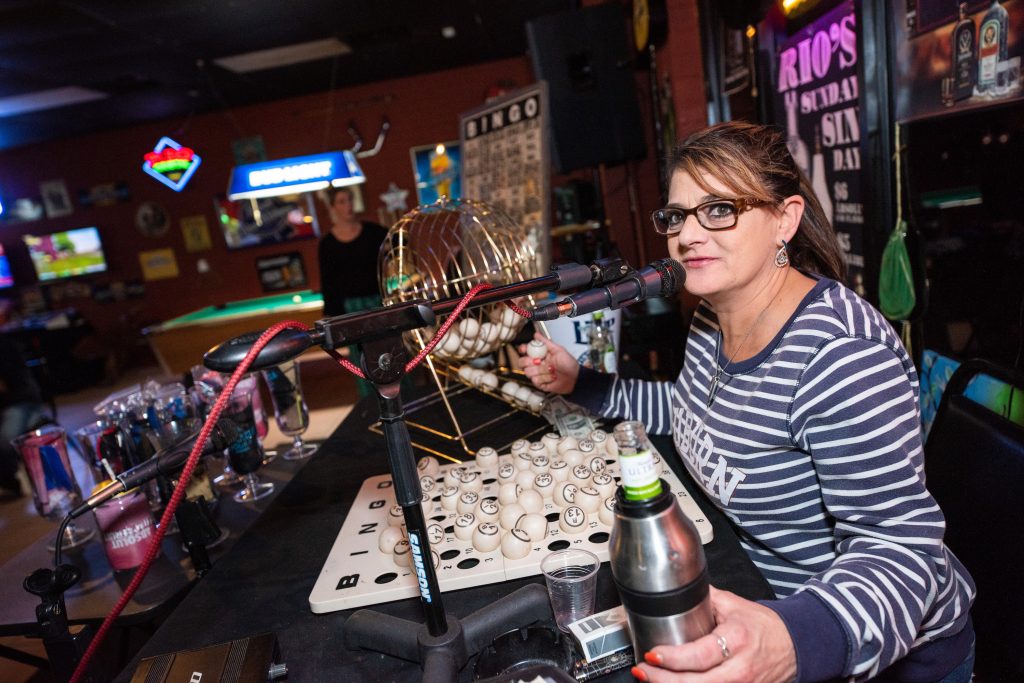 The neon lights inside Rio’s emit a warm feeling as if they are saying, “Come on in and relax.” Once inside anyone can play bingo, sip on one of the many daily drink specials, play a round of virtual golf with a friend, or catch an Alabama or Auburn football game.

Arcade games such as Golden Tee, a variety of tables and booths (which might be reserved for regulars depending on the night of the week), a pool table and signs that bear sayings like “free beer yesterday” round out the decor at Rio’s.

Becoming a bar owner wasn’t always Hamrick’s vision though. The reality is that she was fed up after working as an accountant in corporate finance for two decades. “I did that for 20 years and hated 19 and a half of it,” she says. “I just hated it, but I made enough money that when my kids were older I just said, ‘I’m not going to do it anymore.’ At the other bar (where I was working), it was kind of a rowdy crowd, so I quit in April of 2012 and wasn’t sure what I was going to do but two weeks later I got the key to this building.”

After gutting and remodeling the space, Rio’s opened just a few days shy of Hamrick’s birthday on the Fourth of July, as she followed in the footsteps of her mother. “At 17, my mom already had two kids but the happiest she ever was was when she was bartending,” Hamrick says. “It was like you were never the black sheep in that part of the family and she was just always happier. I’m just the type of person where I can watch somebody do something one time and I know how to do it. For years, I wanted to open a bar but my ex-husband said, ‘You don’t even bartend.’ But I said, ‘I can.’ So I did.” 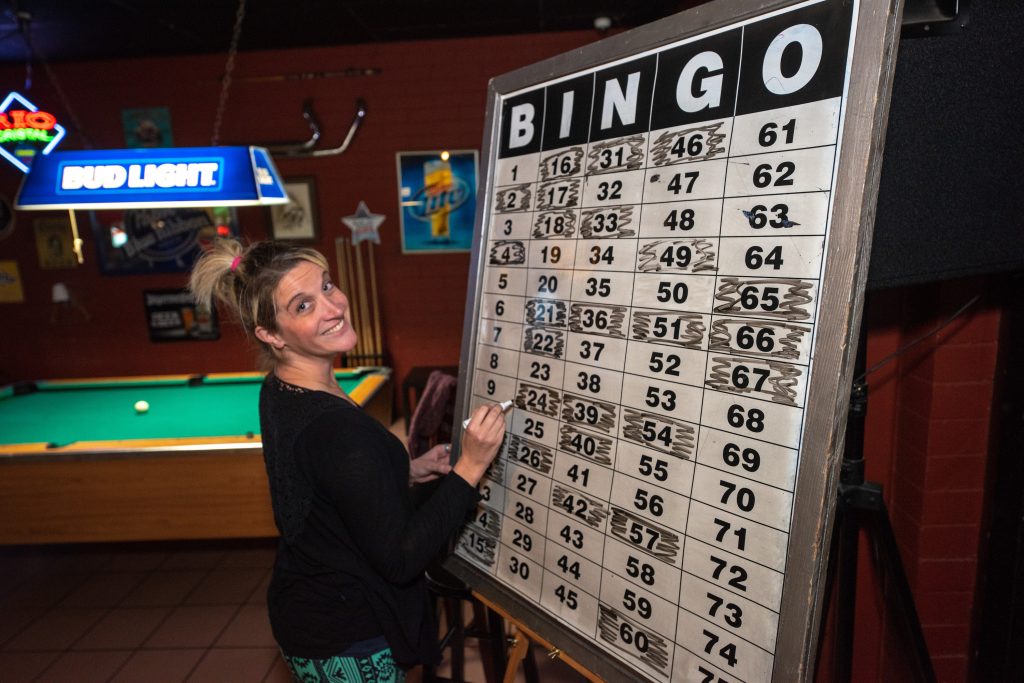 Using the same grit and determination she got from her mother, Hamrick put her heart and soul into opening Rio’s. The name itself came from someone near and dear to her, her uncle who was killed in a car wreck in 2004. “It was my mother’s youngest brother, and he always had a place on the lake and was a truck driver,” she says. “So, his Citizens band radio (CB radio) handle was Diamond Rio for a long time and then it was just Rio’s, for Rio’s trucking. He was just my favorite uncle.”

Rio loved to play pool and go to Nascar races such as Daytona, and Hamrick has channeled his passion for life into Rio’s, as evident by the stories the bar’s regulars tell. Jimmy Ryan likes to boast he was at Rio’s from the very beginning. He worked for a vending company back in 2012 and knew Hamrick from the bar she worked at prior to Rio’s before a funny moment brought them together again. Someone had told him the new bar was opening, so he decided to see for himself. When he showed up, Hamrick had just obtained her liquor license.

“I come over here and see (Hamrick) cleaning the restaurant equipment and I said, ‘It’s you!’” Ryan says. “When she opened, I went back to the shop to get things to work on the vending machines and came back, and when I came in nobody was in here. I bought the first beer here after she opened. It was a little warm, but I didn’t care. It’s a cool moment I like to share.”

To make things even more personal for Ryan, he also met his now wife Nic at Rio’s in 2013. On Tuesdays, you can find them at the same booth playing bingo on their one night out a week.

“We got engaged right by the Golden Tee game and then while we’re sitting here playing bingo, Crystal said, ‘I think you should get married here,'” Nic Ryan says. “So, Crystal married us April 30, 2017 on stage.” 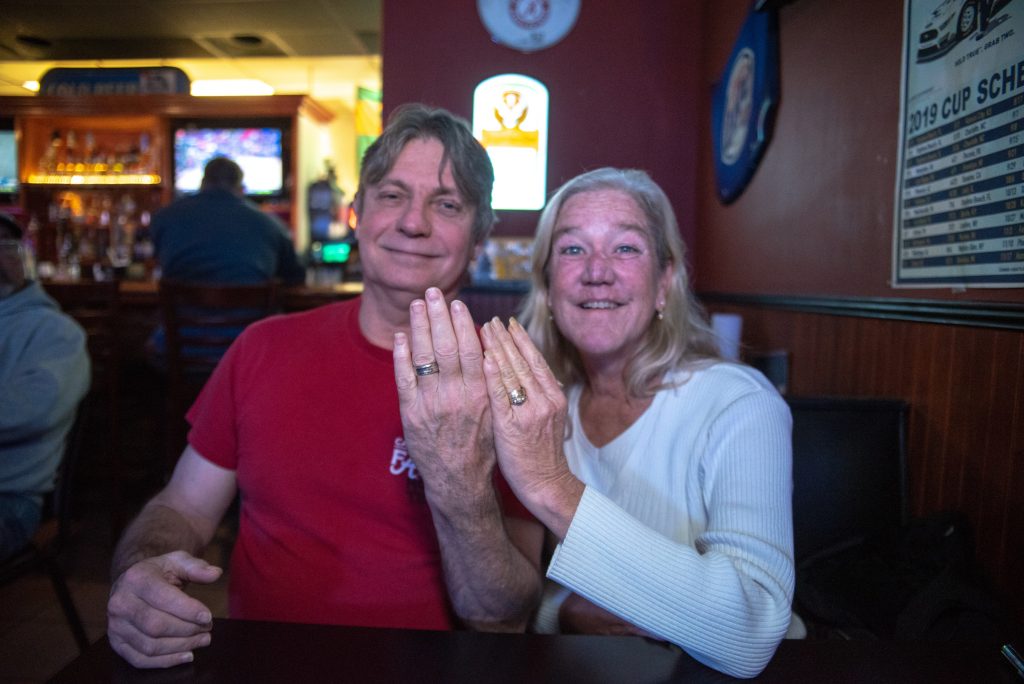 And they didn’t just select her as their officiant just because that’s where they met either. “It’s a neighborhood bar and we live really close, and Crystal has been a very good friend to us for many years,” Nic Ryan says. “We would do anything for her and we both have in many ways. She’s done so much for us.”

While not everyone will get married at Rio’s, anyone looking for a good time will probably run into Hamrick, and before long she’ll be calling them by their first names and have their drink of choice ready for them. That’s just the way she operates.

As bedtime encroached Kindergarten-aged Sawyer could be found with an arts and crafts project. But his mom Katie Newton wasn’t... read more