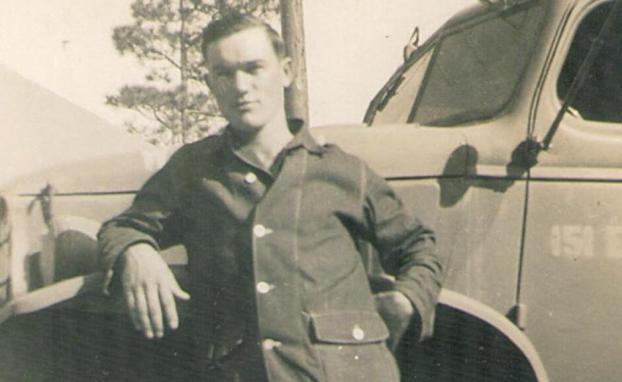 Cpl. Charles Revis Hope is being recognized as Veteran of the Week. (Contributed)

By MELANIE POOLE / Special to the Reporter

The Veteran of the Week is sponsored by the National Veterans Shrine and Register of Honor at the American Village — honoring America’s veterans and telling the stories of their service and sacrifice for the cause of liberty.

“The American Village is pleased to join the Shelby County Reporter in recognizing Corporal Charles Revis Hope as Veteran of the Week,” American Village Founder and CEO Tom Walker said. “He is representative of the hundreds of thousands of Alabamians who have risked it all for the sake of our country and its freedom. To all veterans we owe a debt we can never fully repay.”

Visit the website, Veteransregisterofhonor.com, today and add your loved ones to the Register of Honor. Help us honor, recognize, respect and remember our country’s veterans.

Here are highlights about this week’s Veteran of the Week:

Charles Revis Hope was born in Alexander City, Alabama, on May 10, 1918, to Bunk and Icie Bell Hope. He was one of six siblings, and two of his brothers also served in World War II. He entered U.S. Army Air Corps at Ft. McPherson, Georgia, in 1941. He served six years in the Pacific Theater. In May 1947, at Maxwell Field in Montgomery, he received an Honorable Discharge with the rank of Corporal. He then married Betty Brown, with whom he had eight children: Betty Charles, Bobbie, Ann, Martha, Charles Jr., Wanda, John and one unnamed. He supported his family for many years by working at Avondale Mills and retired from Russell Pipe Foundry. He died on Nov. 4, 1986, at Russell Hospital in Alexander City and was interred at Mt. Zion Baptist Church Cemetery.

In His Own Words: “I was honored and proud to serve my country, so my children, grandchildren, and all Americans could have freedom. Freedom isn’t free and sometimes innocent people and fellow soldiers have to give their lives for this cause. The United States is the greatest country in the world to live.”

Melanie Poole is Communications Officer for the American Village and can be reached at MPoole@americanvillage.org.

By MELANIE POOLE / Special to the Reporter The Veteran of the Week is sponsored by the National Veterans Shrine... read more