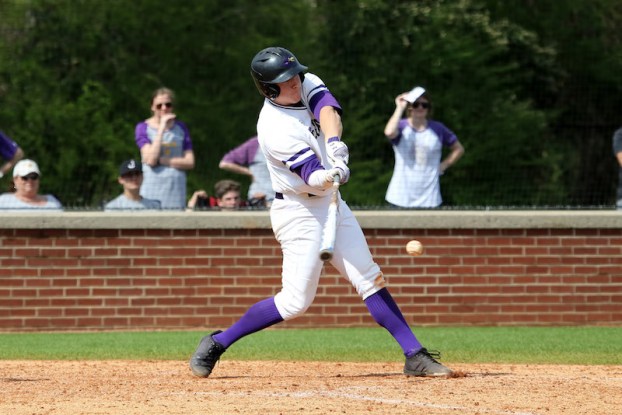 Former University of Montevallo standout baseball player Tyler Krabbe was drafted by the Houston Astros on Wednesday, June 5, marking the highest draft pick for a Falcons player since 1990. (Contributed/Montevallo Athletics)

Since the 1990 MLB draft, the Montevallo Falcons haven’t had any player drafted in the first 20 rounds, but on Wednesday, June 5, that all changed when the 586th pick was announced.

With the pick in the 19th round, the Houston Astros selected Tyler Krabbe and made him the highest pick from the University of Montevallo since former Texas Rangers Hall of Famer Rusty Greer was drafted in the 10th round of the 1990 MLB draft.

It was a moment the athlete had worked his entire life for, and, in that moment, couldn’t believe his dream had come true.

“All I’ve ever wanted is to play professional baseball,” Krabbe said. “All the hard work proved to be worth it.”

A graduate of Mason High School in Cincinnati, Ohio, Krabbe joined Montevallo in the spring of 2016 and hit the ground running as a freshman.

A year later, Krabbe started 26 games and appeared in 29 games as a sophomore, but had somewhat of a slump at the plate with a .245 batting average featuring five home runs, 23 RBIs and 20 runs scored.

But the future star bounced back during his junior and senior seasons.

His junior year still wasn’t his best, but he upped his batting average to .272 and drove home 32 RBIs with 22 runs scored in a career-best 48 games started.

His confidence seemed to grow throughout that junior season, which led to a monster senior year with Montevallo.

He capped off his time with the Falcons by blasting 17 home runs and driving in 65 runs, the most of any hitter in the Gulf South Conference this season, while also totaling 68 hits. Krabbe led the conference with a .708 slugging percentage and also totaled a team-high 20 doubles, the second most in the GSC.

“I never expected to make the jump from last year to this year,” Krabbe added. “I hit a lot of doubles and home runs. I knew I had the power in me, just never put it all together until this year. I never would be at the point I’m at now without (head coach Chandler) Rose and (assistant coach Franklin) Bush teaching me how to become better. From this year to last year I listened to the coaching staff and used different approach concepts at the plate, and was patient, and it paid off.”

“I’m so excited for Krabbe and his family, such a special day for them,” head coach Chandler Rose said. “Watching him grow and develop over the past four years has been so much fun for everyone in our program.”

Now, Krabbe will hope to continue improving and one day put on a Houston Astros jersey at the major league level, while his legacy will be remembered forever as a draft pick from the University of Montevallo.

FROM STAFF REPORTS Now that the 2019 athletic season has come to an end, the postseason awards are being dished... read more