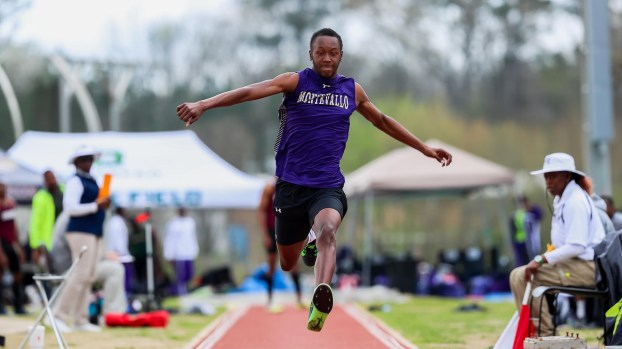 The University of Montevallo had three All-Americans at the conclusion of the spring sports season, including DaShaun Morgan, above, Tyler Krabbe and Georg Trompler. (Contributed)

Now that the 2019 athletic season has come to an end, the postseason awards are being dished out for spring athletes, and for the University of Montevallo, three athletes have been honored as All-Americans.

The American Baseball Coaches Association announced last week that Krabbe, a senior catcher at Montevallo, had been named to the ABCA All-South Region Second Team.

Krabbe was also recognized again by the National Collegiate Baseball Writers Association after being named to the NCBWA All-American Honorable Mention team.

“I couldn’t be more proud of Tyler and all the recognition he’s receiving,” said head coach Chandler Rose.  “He had an incredible senior season and it’s all credit to him.”

Krabbe, a native of Cincinnati, Ohio, has been with Montevallo for the past four years. The senior capped off his career with his best season in 2019, blasting 17 home runs and driving in 65 runs, the most of any hitter in the Gulf South Conference this season. Krabbe led the conference with a .708 slugging percentage and also totaled a team-high 20 doubles, the second most in the GSC.

Krabbe was the only senior of Montevallo’s three All-Americans, as both Morgan and Trompler are sophomores.

Morgan was named a first team United States Track and Field and Cross Country Coaches Association All-American, and is off to a fast start in his career.

Morgan also earned All-American honors at the NCAA Division II National Championship after shattering his own program record in the men’s long jump with a mark of 7.86 meters in his second attempt in the competition finals.

“It was DaShaun’s first time on a big scene and he held his composure well,” said Montevallo men’s track and field coach Tommy Barksdale. “I can’t say enough about coach Austin Billings. Being in his first year to get not just DaShaun but all of the athletes to buy in. This is an amazing opportunity and there are big things to come.”

Morgan jumped a career-best 7.81 meters at the time, while winning his flight in the first of two flights at the National Championship.

Morgan was named the Gulf South Conference Field Athlete of the Year this spring.

Trompler, a Bavaria, Germany native, moved up to No. 10 nationally in the final Intercollegiate Tennis Association (ITA) NCAA Division II rankings late in the season.

Trompler finished the season with a 15-6 record in singles’ action, including a 9-4 mark in No. 1 singles’ matches.

He also finished the season with a 7-3 mark in Gulf South Conference play in singles’ matches and won his No. 1 singles’ match in the Falcons’ match against Lee in the GSC Tournament.

Trompler compiled a 10-5 record in doubles’ play with playing partner Tanguy David, including a 7-3 mark in Gulf South Conference play.