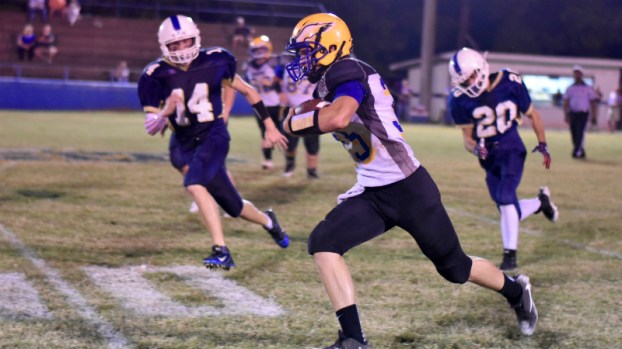 CAMP HILL – Hope Christian pulled away in the second quarter on Friday, Oct. 5, for a 50-26 win at Lyman Ward Military Academy.

The Eagles’ two-quarterback system was productive on offense, with Jackson Davis delivering a 60-yard touchdown pass to Noah Seiger, and Seiger passing for about 43 yards to Josh Baize for another touchdown.

Davis rushed for about 150 yards, threw for 110 and had three rushing touchdowns—in addition to returning an interception on defense back for a score.

Evan Key, meanwhile, rushed for about 50 bruising yards, plowing mostly straight ahead to eat up turf and control the clock.

On defense for the Eagles (4-3), Key had three tackles for a loss, Reece McGee had three sacks, and both Wesley Holsomback and Davis recorded interceptions.

Hope Christian also had its special teams working, as an onside kick by Holsomback was recovered by Logan Overton.

Hope visits Tuscacloosa Christian on Oct. 12 for the last game of the regular season.

PELHAM – Dog lovers united on Sunday, Sept. 30, for the opening of the Pelham Barks and Recreation Dog Park.... read more