BIRMINGHAM – University of Montevallo men’s basketball alum Marcus Kennedy, a legend within the halls of the Robert M. McChesney Student Activity Center and one of the greatest student-athletes to ever wear the Purple and Gold, has earned his spot in the Gulf South Conference Hall of Fame.

Kennedy will be inducted into the conference’s Hall of Fame at an induction ceremony during the Gulf South Conference annual meetings in Pensacola, Florida in late May.

“I’m excited to see Marcus honored for his outstanding career at Montevallo,” said Montevallo men’s basketball coach Danny Young “Marcus is the greatest basketball player to wear the Purple and Gold. Marcus and his family are among the biggest supporters of the Montevallo athletic department. It’s a fitting tribute to his playing career with the Falcons.” 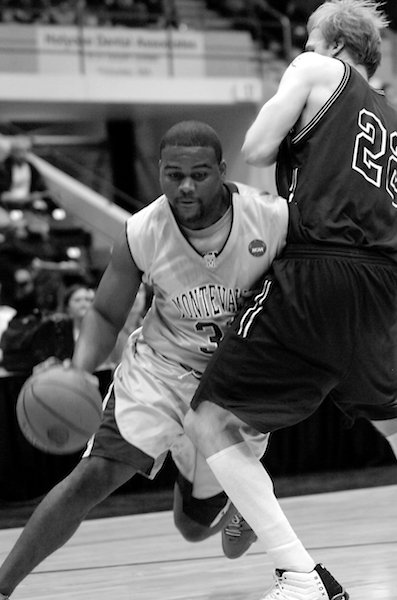 Kennedy was a member of the men’s basketball program at the University of Montevallo from 2003-2007.

By ALEC ETHEREDGE | Sports Editor MONTEVALLO – While the weather kept a lot of people away, a small crowd... read more