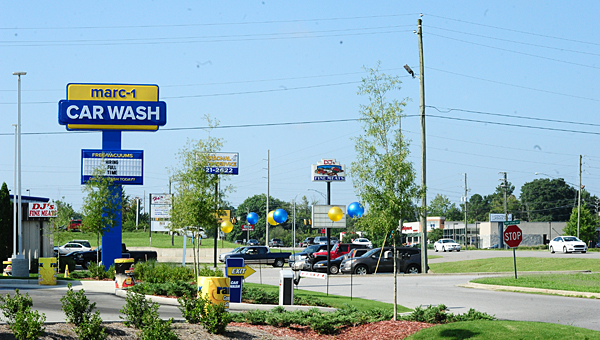 The Alabaster City Council voted during a March 27 meeting to approve an overlay district along the Alabama 119 corridor. The plan will determine the corridor’s future appearance. (File)

ALABASTER – The Alabaster City Council soon will vote on a plan to determine the future appearance of the Alabama 119 corridor after the city’s Planning and Zoning Commission voted to approve the matter during a Jan. 24 meeting.

During the meeting, commission members unanimously agreed to place their seal of approval on an overlay district plan for the high-traffic corridor. It now moves on to the City Council for final consideration.

If the plan is approved, it will determine the overall appearance of all future developments along the nearly four-mile stretch of Alabama 119 between U.S. 31 and Shelby County 80.

In addition to the Main Street Medical Mile district, which is in place on U.S. 31 surrounding Shelby Baptist Medical Center, the Alabama 119 overlay plan was one of the main recommendations in Alabaster’s five-year comprehensive plan, which was approved in 2016.

The 119 overlay would “create a more uniform, aesthetically pleasing appearance,” and would “avoid the undesirable consequences of haphazard planning,” Puckett said. If passed, it would apply only to parcels directly fronting Alabama 119, and all current structures in the corridor would be grandfathered in.

The proposed plan also lays out prohibited uses, such as auto repair facilities, automobile dealerships, certain types of dwellings, flea markets and temporary vendors, and lays out which types of building materials should be used for future developments or major expansions.

The overlay would also require any new buildings in the corridor to be set back between 20 and 70 feet from the front of the property, which is a smaller setback than currently allowed in the city. Puckett said the smaller setback will prevent buildings from having vast parking lots between them and the highway.