Man who was accidentally released from county jail gets rearrested

COLUMBIANA – The 29-year-old Jemison man who was accidentally released from the Shelby County Jail on Dec. 5 has was rearrested on Monday, Dec. 12, at noon. 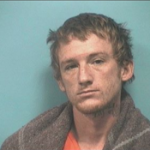 Christopher Lloyd Ray, who lists an address on Chilton County 118 in Jemison, was rearrested on the 500 block of Duck Cove Road in Shelby, according to a news release.

According to the sheriff’s office, an error was made in the processing of Ray’s court documents resulting in his accidental release from custody. Ray was supposed to remain in custody pending release on bond for several traffic violations that occurred on Nov. 3 in another jurisdiction after the initial charge of probation violation.

The additional charges stem from public order crimes of fleeing or attempting to elude law enforcement, reckless endangerment, reckless driving, speeding, driving with a switched tag and driving while having a revoked license.

No additional charges against Ray are anticipated as a result of this incident. The Shelby County Sheriff’s Office is continuing to investigate the cause of the unintentional release.

The sheriff’s office thanked the public for its assistance in recapturing the suspect quickly and without incident.