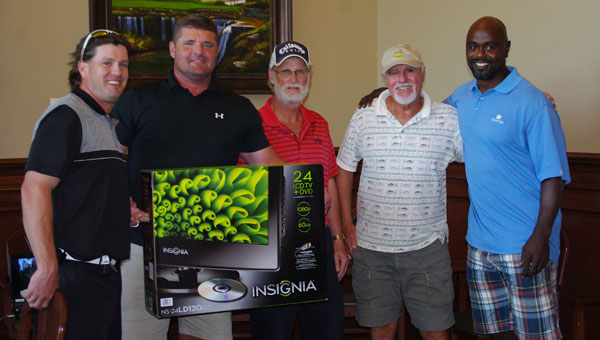 Special Equestrians, based in Indian Springs, is enlisting the help of former Alabama and Auburn players to help raise money for the organization.

Dorrie Fuchs with Special Equestrians said this year’s tournament is already a success, with all the spots filled for the first time.

“For the first time, we are completely full. We have 20 teams. Each team is a foursome and plays with a celebrity, so we will have 100 golfers on the course,” she said.

Last year, the tournament brought in $11,411. Special Equestrians officials are looking for more this year — Fuchs said the fundraising goal for this year is $15,000.

“This is one of several (fundraising events) we do each year. It is our longest-running annual fundraiser,” Fuchs said.

First, second and third place finishers will receive prizes, and if anyone makes a hole-in-one on Hole 13, that person will win $25,000 toward a new or leased Acura from King Acura, Fuchs said.

The golf tournament serves both as an important fundraiser and as an awareness tool for Special Equestrians, Fuchs said.

“It gets information about our program out to a number of people. Because Bobby Humphrey is our celebrity host year after year and does a great job, it’s a way to get information about us out to sports fans,” she said.