Hicks an inspiration to others 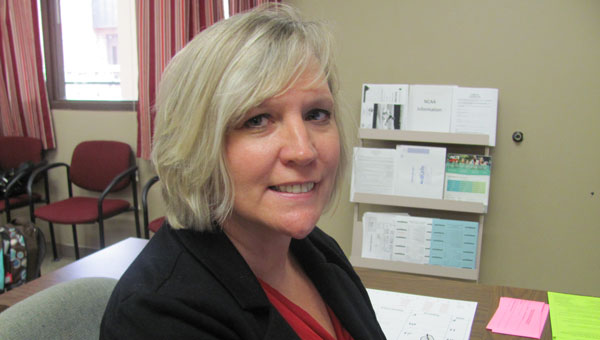 Born prematurely in 1961 (weighing less than 4 pounds) the struggle to be a survivor began at birth for Lynn Hicks.

Abandoned at the age of 4 by her father, Hicks had lived in a frightened, fearful, tense situation with abusive alcoholic parents. “I did not have carefree days of play, but rather more days of fear,” she said.

At the age of 11, Hicks was sent to live with her grandmother and aunt. Just two years later, her mother was killed in an automobile accident. With lots of help from teachers and community, Hicks once again survived tragedy.

After graduating from Ramsey High School in 1979 she attended UAB. “I loved school and wanted a college education more than anything until I met Bob Hicks. Six months later we were married and transferred to California,” she said.

In 1984 son, Kyle, was born and she temporarily forgot college.

A move back to Alabama brought her to UAB Special Studies and to Shelby Baptist Medical Center. Son Kevin was born in 1991.

In 2005, Hicks found her perfect job as a secretary in student services at Thompson High School.

“They are an inspiration to me and I hope I am the same for them,” Hicks said of the THS students. “Youth represents hope, and hope is my favorite word.”

Son Kyle, an Army veteran who suffered life-threatening injuries in a 2010 auto accident, will leave this Saturday to attend the Polytrauma Transitional Rehabilitation Program at the VA in Richmond, Va.

While Kyle is gone, the Hicks will be able to spend more time with Kevin, who is a senior soccer player at the University of Alabama. “This is his special year and we haven’t been able to be with him a lot,” she said.

Hicks hopes to be an inspiration to others who are facing struggles in life.

Community columnist Sandra Thames can be reached by e–mail at bobthames1942@yahoo.com.

By SANDRA THAMES / Community Columnist Charles Robert Wilson was born in 1927 in Georgia and attended school there until... read more