Local golfer moving on to U.S. Junior Am 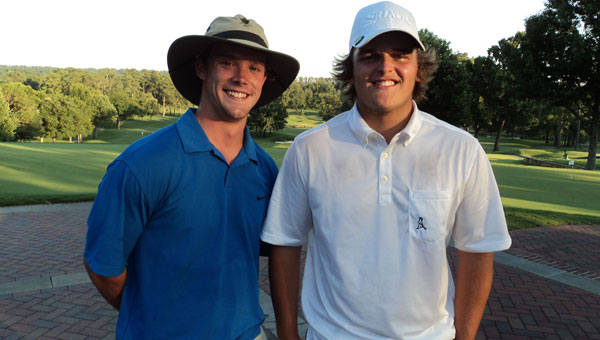 Briarwood Christian School rising senior Trevor Page hopes to follow in the footsteps of one of the best golfers in the world next month after achieving one of the crowning moments in his amateur golf career June 13 at the Country Club of Birmingham.

Page has his eyes set on capturing the U.S. Junior Amateur Championship, a tournament Tiger Woods won three times as an amateur, after qualifying for the national championship at the Golf Club of New England next month at a qualifying tournament Wednesday at the Country Club of Birmingham.

“I’m going to try to follow in his footsteps (by winning the U.S. Junior Amateur),” Page said.

Page earned a spot in the U.S. Junior Amateur in Stratham, N.H. on July 16-21 after edging Connor Slane of Pelham High School in a one-hole playoff in the qualifying tournament.

Page knocked in a 20-foot chip shot to cement his status as the runner-up after 37 holes of golf after Chase Feagin of Dothan.

Page and Slane tied for second in the qualifying tournament with a 5-over par 149, two strokes back of Feagin, before the Briarwood Christian golfer claimed the spot in the national tournament following a one-hole playoff.

“It was very nerve wrecking,” Page said. “I knew he was a very good player. I knew I probably had to drop it in because he had a birdie putt.”

Slane held the lead following the first round after posting a 1-under par 71, but he posted a 6-over par 78 in the second round.

Page said he hopes to be on top of his game next month in New Hampshire.