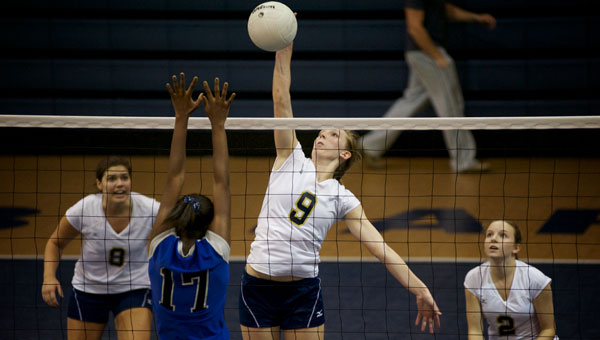 Adeline Reiser had a game-high 30 assists and 13 digs for the Lions, who were playing without middle hitters Katherine Briley and Lauren Palmer after both recently suffered knee injuries. 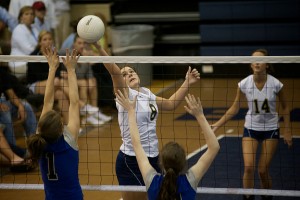 “I’m very proud of the kids” Le said. “They all just accepted it and adjusted and just moved on.”

Chelsea coach Jamie Gill said the Lions always present a challenge regardless of who’s on the floor.

“Briarwood’s always tough to play,” Gill said. “Their fast-paced game goes well with our defense. But our girls played well.” 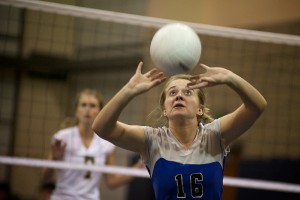 Briarwood and Chelsea advanced to the tournament title match after sweeping the competition in the semifinal matches earlier in the day.

Shelby County senior Alysia Perkins ended her Wildcat career on a high note, racking up seven blocks, five kills and two service aces while connecting on 15-of-15 serves. Brittani Morris finished 8-for-8 in serves and had six digs and two aces. Courtney Shields added four kills for the Wildcats, who finished the season with an 11-19 record. 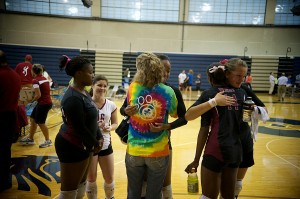 Calera High School junior Kellie Rasmussen sets up a teammate in the Eagles' loss to Jemison in the Alabama High... read more