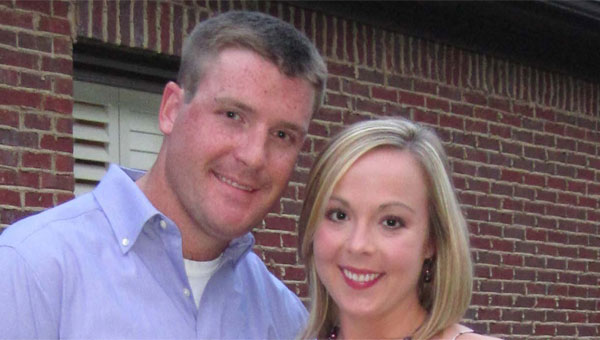 Mr. and Mrs. Warren Dixon are excited to announce the engagement and upcoming marriage of their daughter, Melissa Annette to David Michael Morrisey of Vestavia Hills. The bride-elect is the granddaughter of Mrs. John Penhal and the late Mr. John Penhale of Helena, and the late Mr. & Mrs. Sam Dixon Jr. of Shelby. Melissa is an Auburn University graduate and recently obtained a Master’s in Speech-Language Pathology from the University of Montevallo.

The groom is the son of Dr. and Mrs. Michael Morrisey of Vestavia Hills. He is the grandson of   Mr. and Mrs. Paul Mardian of Aberdeen, S.D. and Mrs. Charles Morrisey Sr. and the late Mr. Charles Morrisey Sr. of St. Cloud, Minn. David is a graduate of Auburn University with a Bachelor’s degree in Building Science. Rev. Richard Trucks Sr. of Third Presbyterian Church, Birmingham, will officiate the beach wedding on Oct. 9, 2010 in Port St. Joe, Fla. The couple will honeymoon there with their two dogs, Emma and Lylah. They will reside in Lake Worth. The public may also view the couple’s wedding website at Theknot.com/ourwedding/melissadixon&davidmorrisey.